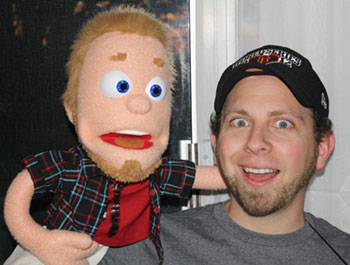 Many local parents and children know Sean Mendelson as Teacher Sean, the smiling, guitar toting teacher who leads music classes offered through Santa Clara’s Parks & Recreation Department. Mendelson is also a recording artist who just finished producing his first children’s music album, titled “Crank Out the Music.” The music is vibrant and fresh with an engaging alternative vibe, a nod to Mendelson’s history of playing in rock bands.

“I played all the guitar and bass on 11 of the 14 tracks, and I did all the lead vocals,” says Mendelson, whose official artist name is Sean’s Music Factory. Friends, family, and musical colleagues performed other instrumentals, such as the percussions, saxophone, violin, and backup vocals. 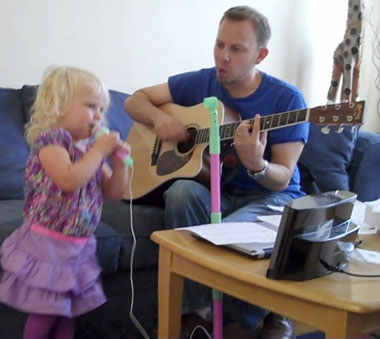 “I wrote a song called ‘Crooked House’ based on the opening of a crooked house at Happy Hollow Zoo,” Mendelson says. ‘When I Grow Up’ is for my son, my daughter, and the kids of the world. ‘Shades’ was inspired by the adorable kids in my classes who wear glittery or oversized sunglasses to class.”

Mendelson approached his song writing by reflecting on what he likes about music and listening to his children’s favorite music. He also drew on his experiences as a music teacher.

“In the 12 years that I’ve been teaching, I learned a lot about how you can use music to interact with the listener,” Mendelson says. “[On the album], there are songs where I’d sing and then leave spaces for children to fill in the blanks with their own words.”

Mendelson is grateful to the 93 backers who helped him raise over $5,000 on Kickstarter to cover his album’s production and recording costs.

Mendelson will be performing at two CD release parties on Saturday, September 14th at 1 p.m. and 4 p.m. at the Kids Kingdom Stage during the Santa Clara Art and Wine Festival. CDs will be on sale for $12 each.