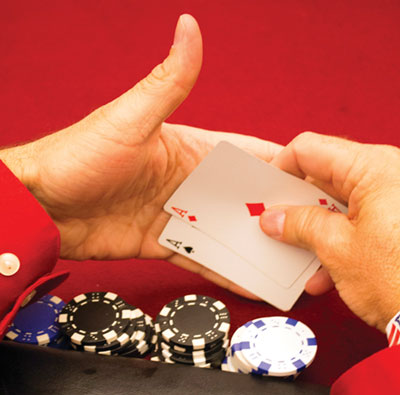 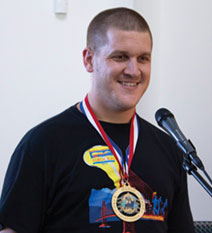 An incredible outpouring of generosity from the community and supporters of Special Olympics Northern California made the Aug. 29 Second Annual Texas Hold’em Tournament, presented by the Santa Clara Police Officers’ Association at the Triton Museum of Art, a huge success.

The idea for the tournament began two years ago when Detective Frank Saunders went to a similar event put on by Daly City’s police department. He left thinking it was a “great event,” but knew Santa Clara could do it better. After intense planning by Saunders, Detective Johnny Fanucchi and SCPD Records Manager Gina McWilliam, the first annual tournament was held in 2012 and raised $17,000 for Special Olympics.

Knowing he had started something that would not only greatly benefit SONC, but be fun for Santa Clarans, Saunders reached out to donors and poker fans to put the event together again.

“Last year, when I decided to have our first annual, I reached out to Rich Rossi of Master Precision and he asked how much I wanted,” said Saunders. “This year, he opened the checkbook and is a major sponsor…[Additionally,] Maggiano’s Little Italy General Manager Yurii Barajas and his staff donated $6,000 of food, service and delivery.” Discounted rates from Bay Casino Gaming and coordination with the Triton Museum also helped make the event possible.

After Cortez spoke, SONC Director of the Law Enforcement Torch Run Ruth Sanchez presented SCPD with the Flame of Hope for the department’s support, dedication and commitment to Special Olympics. Guests were then encouraged to say the Special Olympics Oath, “Let me win. If I cannot win, let me be brave in the attempt,” before the tournament began. 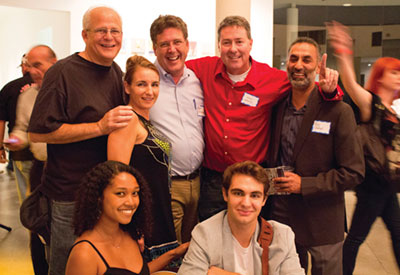 Live auctions throughout the night enhanced the excitement of the event. San Francisco 49ers Vice President of Stadium Operations and Security Jim Mercurio even donated a last-second special auction item: four tickets to the 49ers versus Green Bay Packers game, four pre-game field passes, VIP parking and $100 in food and beverages – a package that went for $800. A second package was added when Mercurio returned to the crowd and overheard someone say that they would have paid $1,000 for the prize. Another high-grossing ($1,000) auction item was a helicopter ride-along donated by Santa Clara County Sheriff Laurie Smith.

“It was a lot of fun,” said Saunders, who noted that this year’s event raised over $40,000. “It was a lot of work, but at the end of the day, I was proud we were able to pull it off…Hopefully we’ll get invited back to the Triton next year.”

Community
Author Cynthia ChengPosted on January 31, 2018
At the Mission City Center for Performing Arts on Jan.13, the Miss Santa Clara Organization hosted its 2018 Scholarship Competitions. During the afternoon competition,...

Community
Author Larry SacksPosted on November 18, 2015
“I have to say, Friedreich’s ataxia (FA) is kicking my butt.” That single line brought everyone back to the reality of why they were...