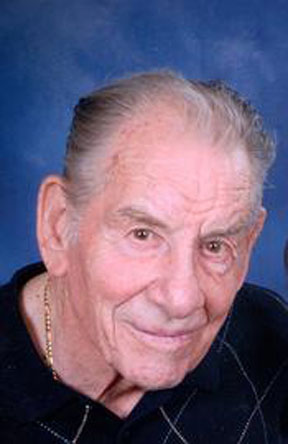 Born in Tuscany, Italy to Benigno and Quinta Di Vita, Brother to the late Mero and Meri Di Vita, Father to the late Silvia Marie and Evelyn Di Vita. He was married to the late Silvia Pasquinelli Di Vita. 1947 – 1977 He is survived by his loving wife of 33 years, Elizabeth “Betty” Caramucci Di Vita, Brother in law Joseph Caramucci (Margaret) San Rafael, Cousin Raymond Hilken (Barbara) Huntington Beach, And many cousins, nieces and nephews. In 1922, he traveled from Italy with his Mother, First Class on the Italian Liner “Julius Ceasare”, to meet his Father in San Francisco. They lived in Excelsior where he attended and graduated with the Class of Balboa High Fall 1936. He started as a young carpenter in San Francisco, when homes sold for under $4,000, later owned his construction business in the South Bay. In 1960 he went to work for the City of Santa Clara as a Building Inspector. After 13 years he was promoted to the Housing Co-coordinator of the City. During that time he was a Volunteer Fireman for the City with the Hose Brigade.

Special thanks to everyone at Hospice of the Valley for their care and support, especially his nurse, Katherine Boyle. In Lieu of flowers, please send donations to the Carmelite Monastery, 1000 Lincoln Street, Santa Clara, CA 95050 or Hospice of the Valley, 4850 Union Ave., San Jose, CA 95124.