“1872, back when Santa Clara’s population was in the 1800s as well,” joked Santa Clara Principal Greg Shelby. “We went from a very small town to now. It’s such a wonderful community.”

One hundred and fifty years later, the student body of the school is essentially the same size as the entire city population back in the 19th century. Santa Clara is a city deeply rooted in culture and the anniversary of the school helped bring a lot of that history to light. A lot of that history involves families who have called Santa Clara home for generations. Shelby is a relative newcomer by those standards but he feels a deep connection to Santa Clara.

“One of the things I love about Santa Clara is that it reminds me of a small town. It’s unlike most of the towns around it. It has such extensive history. We have this beautiful diversity and wonderful technology, but we also have kept the relationships of a small town that has been around a long time where you have families that have known each other for so long,” remarked Shelby, who grew up in a small town in Oregon. “I’ve been at Santa Clara for 24 years and there are times where I still feel like I’m new to the community because there are so many people with so many generations of roots.”

Led by their PTSA (Parent Teacher Student Association) President Anne Kepner, Santa Clara put on multiple events to celebrate the school’s 150th anniversary. The main event was a celebratory barbecue prior to Friday’s homecoming game. One of the most popular attendees at the event was Ray Gamma, a Santa Clara alumnus from 1949. De Gama still had his letterman’s jacket and sweater from his days as a Panther.

Another tidbit of history that younger Santa Clarans may not have been aware of is that the Santa Clara High school mascot was actually the Panther up until the 1980s. A merging of schools between Santa Clara High, which was originally located at the current Buchser Middle School campus, and Buchser High, wound up with the Panthers mascot being dropped in favor of the Bruins.

During the celebrations this year, both at the Parade of Champions earlier in the month and at the barbecue, Kepner and her staff wanted to acknowledge the history of both the Panthers and Bruins. To that end, Santa Clara celebrated by having mascots of both the Panthers and Bruins in the parade and had both logos on commemorative pins that were specially made for the anniversary celebration.

“I had a button put together with the Panthers’ mascot and a button with the Bruins’ mascot and people could choose which one they wanted,” remarked Kepner. “I like to think it was an opportunity to bring people together. You know, there has been some discord, some frustration and sadness around the history of the school district merging the high schools.”

The celebratory barbecue was a huge hit, selling out all 250 tickets. 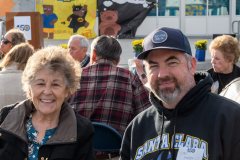 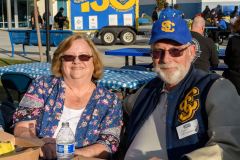 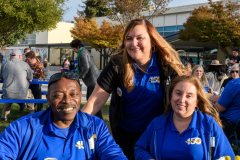 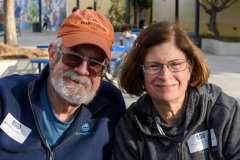 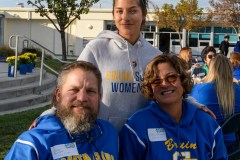 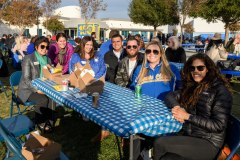 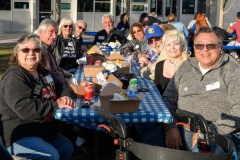 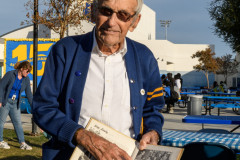