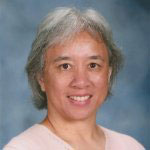 On September 12 the City Council held a closed session to discuss the appointment of a new City Manager.

Now that Santa Clara’s South of Forest Neighborhood (SOFN) has a Santa Clara zip code, the time may be right for also becoming a part of the city’s school system

The first step is getting a petition signed by 25 percent of registered voters in the transfer area – Pruneridge west to Stevens Creek, and Saratoga south to Winchester. The petition will then go to the SCCOE for a decision.

Organizer Mike O’Halloran, a Santa Clara Parks and Recreation Commissioner, thinks that the effort will succeed this time around because the 11-member committee has changed its procedures to require only a majority vote of a quorum to change boundaries. The request was denied in 2010, even though it passed 5-4, because committee rules counted absent members as ‘no’ votes.

“There’s a real isolation that’s occurred here going back a long way,” one parent said at a 2009 hearing on the question. “This is a case where the petitioners can’t access the community where they’re sending their kids to school.”

“The issue is, What is the effect on the kids?” SCUSD Trustee Andy Ratermann told that school board in 2009. “Students in the CUSD go a long way to school. It’s somewhat disenfranchising for those kids, they feel like they’re not part of Santa Clara. What is the right thing long-term for the kids? And if it turns out that the right thing is to have them in our district, then that’s what we should do and figure out the details.”

“These people are in Santa Clara,” added SCUSD Trustee Albert Gonzalez. “They want to be part of Santa Clara. I can’t see how we could vote against allowing them in the district.”

Campbell didn’t address these questions in a series of public meetings in 2009 and 2010, confining its comments to impact on its budgets.

Leaving property in the original school districts sweetened annexation deals and reduced potential opposition because districts retained their tax bases, according to the late Frank Barcells who served on the Santa Clara City Council during those years.

All proving, it seems, that no ghosts of the past return to haunt their unlucky victims more persistently than those of short-term thinking.

For information about the school district committee, visit www.sccoe.org/supandboard/countycommittee or call (408) 453-6869.