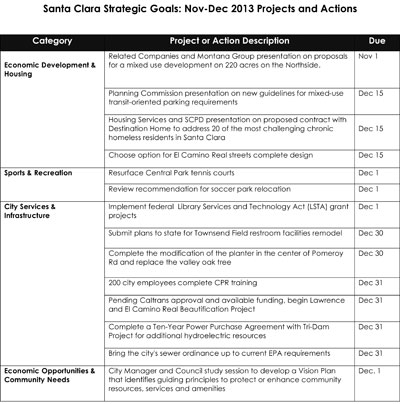 The legendary House Speaker Tip O’Neill famously said that all politics are local. Santa Clarans are getting a first-hand lesson in that principle as they face the prospect of losing their historic downtown 1930s post office. Quite simply, it’s a logical consequence of over 30 years of “privatizing” the Post Office – something that plenty of people have thought was a good idea, and has had bi-partisan support over the years.

A changing business environment, combined with some peculiar constraints placed on the Post Office by Congress, is driving the current program to sell off some of the USPS’ estimated $85 to $100 billion in real estate. Some go so far as to say it’s a deliberate attempt on the part of anti-government partisans to sabotage the 237 year-old institution. Others find questionable motives in the fact that CBRE, the company awarded the exclusive contract to sell U.S. Postal Service real estate, is headed by California Senator Dianne Feinstein’s husband, Richard Blum.

The USPS’ move has touched off a tornado of controversy across the U.S., and on Sept. 30 the tornado touched down in Santa Clara City Hall, where about 50 Santa Clara residents and workers attend a Town Hall meeting held by the Postal Service to protest the proposal to shutter and sell the Franklin St. Post Office and move customer services to the John Sanchez Annex at 1451 Walsh Ave.; which would be renovated to provide retail customer service.

Since 2006 the USPS has declined from a $64 billion annual operation from a $74 billion one – losing $40 billion over the last six years – as customers have moved to online communications, private delivery companies have cut into the most lucrative package delivery markets, and local retailers and kiosks have provided many post office services like selling stamps, Gus Ruiz of the USPS explained.

But the USPS could surmount these challenges if it wasn’t for a 2006 law Congress passed in 2006 forcing the Postal Service to pre-fund 75 years of health insurance benefits in three years – funding benefits for employees that haven’t been hired yet and anticipating the medical care and insurance environment nearly into the 22nd century. (A bill addressing the Postal Service’s plight passed the U.S. Senate last spring, but so far Republican majority in the House of Representatives has refused to take up the legislation.)

In the face of these pressures, the question facing the USPS is, “Do we continue to need the massive real estate holdings?” And although the USPS is self-funded and doesn’t contribute to the national deficit, sales of its real estate assets be used to close the federal deficit, Ruiz explained.

Residents’ criticism of the proposal centers on the Franklin St. facility’s location, as well as its historical importance. Franklin St. is pedestrian-friendly, easily accessible by bus, near Liberty Towers senior housing, and in a place where, to put it simply, people go in the course of their daily lives.

The Walsh Ave. location is, by contrast, in an industrial zone that people aren’t likely to be going for retail business. As one resident put it, Walsh is “middle of nowhere.”

“The council has gone on record…in support of keeping the Franklin Mall Post Office,” Santa Clara City Council Member Jerry Marsalli said at the town hall meeting. “Walsh Ave is not conducive to retail operations. It’s almost a half mile from the nearest bus stop.” Further, much of Walsh Ave. doesn’t have sidewalks.

Built in 1935, the Franklin Post Office – which includes a New Deal-funded ornamental grille by artist Michael Von Meyer – is the only structure remaining from Santa Clara’s original downtown, which was demolished in a 1960s city urban renewal project. This makes the possible loss of a functioning Post Office in the downtown particularly painful for Santa Clarans.

“Whatever you have to do to do the right thing, I hope you’ll find a way to do it,” said former Council Member Kevin Moore, who works for ClickHome Realty across the street from Franklin Mall. “Closing the Post Office would go down in history as the biggest screw-up since the downtown was torn down.”

With the federal shutdown providing a demonstration object lesson of what happens when government isn’t working, it’s a good time to look at government that is working.

At the Sept. 24 meeting, the City Council reviewed its six-month plan for meeting its two-year strategic goals.

Now that all sounds great, but what does it mean in terms of specific activities? The adjoining chart shows some of the specific projects, proposals and plans that will come before the City Council, or be completed by City staff between now and the end of the year.