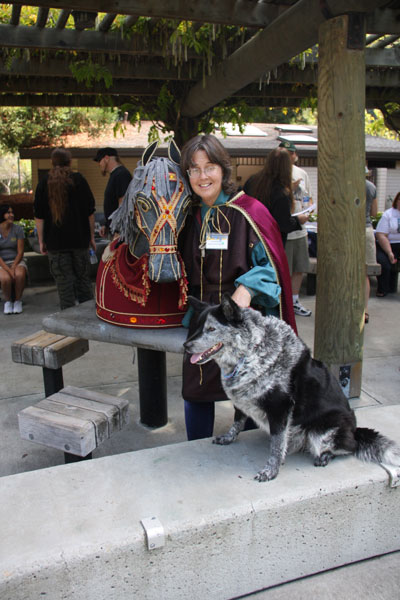 The sun was shining both literally and figuratively on the Arts Walk Santa Clara last month when 50 walkers raised close to $13,000 for Bay Area arts organizations, according to event co-founder and producer Michael Morris. Since its founding in 2007, Arts Walk has raised about $45,000 for local performing arts groups.

Morris is very happy that community support for this event remains solid despite the depressed economy. “In addition to matching last year’s results, this year the event achieved another of our goals: [fostering] increased collaboration among participating arts groups,” says Morris.

Attesting to the Immortal Bard’s eternal popularity – despite fierce competition from “Dancing With the Stars” and “Jersey Shore” – the top fundraisers were Shakespeare companies Shady Shakespeare and the Festival Theater Ensemble (FTE).

“We had a good turnout,” said FTE’s Amy Goldsmith. “We’re really grateful that it [Arts Walk] is continuing.”