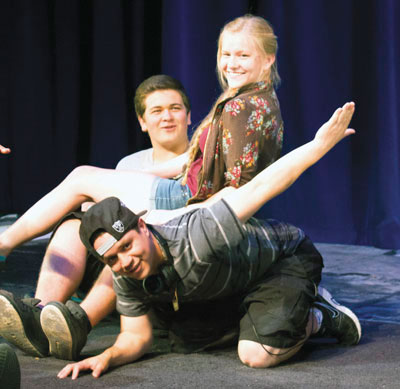 California’s Great America has been delighting guests in Santa Clara for almost 40 years. But, for the last 30 years, students from across California have been invited to the park for Performing Arts Day – an event, held this year on May 10, that gives students the opportunity to learn about performing arts from park employees.

“So many Silicon Valley leaders have began their career here at California’s Great America,” said Public Relations Manager Roger Ross. “We believe in operating education programs that reach local youth and encourage them to challenge themselves and spread their wings.”

Throughout the day, students were given the opportunity to attend workshops and go on tours to learn about various aspects of performing arts at Great America. ComedySportz member Scott Schroeder opened the day with “Improv Games with ComedySportz” where students were led through a series of games ranging from word play to using their bodies to create objects (i.e. microwave, Eiffel Tower). Schroeder also taught an improv scene building class in the afternoon.

On the other side of the park, Operational Supervisor for Shows Chris Lam and his assistant, Area Supervisor-Haunt Sergio Melendez, taught their students a 32-count hip hop dance routine. 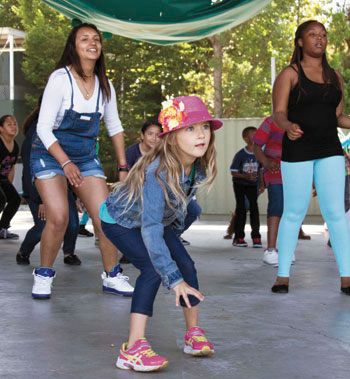 “How many of you guys are dancers or want to become dancers?” asked Lam, who has been with GA for 10 seasons. “My little story is that it doesn’t matter what age you start dancing – you’ll still get to be just as good. I didn’t start dancing until I was 19 and joined a hip hop dance group…it really doesn’t matter how young, how old you are, you guys can still get there.”

After lunch, many of the morning classes repeated, but some students took the opportunity to learn about “Monster Makeup” at GA’s Season Pass Barn. In 30 minutes, students learned how the average person is transformed into a gory goon for the park’s annual Halloween extravaganza.

To keep the participants in Performing Arts Days from ditching the instruction and riding rides all day, students were asked to get stickers for each of the workshops they attended. Any student attending two workshops was able to compete in the “Great American Idol Competition” held at the end of the day.

Approximately 25 of the 400 participating students took advantage of the opportunity to sing their heart out on the Karaoke Stage.

In addition to Performing Arts Days, Great America held Physics, Science and Math Days on May 3, 10 and 17. Over 17,000 students flocked to Great America to learn how physics, science and math apply to jobs within the amusement park.

The Majesty of the "Messiah" Fills Mission Santa Clara