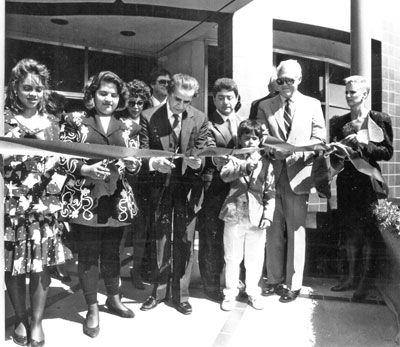 The key to the puzzle is “progressivism;” defined in one dictionary as “making use of or interested in new ideas, findings, or opportunities.” This bypasses conventional left/right political labels.

Today’s stadium project highlights a progressive vision – that of the San Francisco 49ers and the team’s owners, the York family, as well as the city’s – that’s always looking for new ways to accomplish public goals.

Santa Clara has always been a “progressive” city where pragmatism and realism usually trump ideology. Take one example: the 1896 birth of the city’s municipal power company. To reduce street lighting costs, the Board of Town Trustees proposed a city-owned electric generator. Naysayers were certain the project would bankrupt the town.

Several years later, the publicly operated utility was extolled by the Santa Clara Commercial League “… [street] lamps cost …$4.60 per month for each arc lamp. The town formerly paid a private corporation for each…$9.65 per month.”

“[The terms] Democrat and Republican never surfaced in our conversation,” recalls Von Raesfeld. “He [Gillmor] was a powerful advocate for the city. We also had a very progressive council and a lot of the credit goes to them.”

“The things we did were economical for the city,” notes Von Raesfeld. “We invested in hydro, wind and geothermal – green – power because it made economic sense.”

Fast-forward to a new millennium.

SF 49ers owner Jed York is a man in a position to bring vast resources together to “be the change” he wants to see. Heralded recently for his acumen in operating a winning football team and persistence in getting a new stadium, he also has a vision of how businesses can be community partners beyond the familiar charitable endeavors.

That partnership starts from the ground up – literally. In choosing a design/build contractor for the landmark construction project, the team turned to local companies they’ve worked with for more than a decade, Turner/Devcon.

“If you want this done right, you don’t simply take the lowest bid,” says York. “We wanted to have the right group. We wanted to have people who understand the local business environment.” York also hopes to develop partnerships with local schools’ hospitality and management programs.

Local sourcing plays out other ways. One example is the Project Labor Agreement – commitment to hiring union workers – between with the Santa Clara County Building & Construction Trades Council and Turner/Devcon. Another is the builder’s commitment to giving Santa Clara residents the first chance at stadium construction jobs.

York’s involvement extends to things sports teams aren’t typically associated with. “We’ve been working on food more than any sports team in history,” he says. “We want to make sure that when you get a hot dog it’s all natural, locally sourced, and something you can feel good about your kids eating.

“When you have the luxury of local, in-season produce throughout the year, you want to make sure you serve local produce, in season,” he continues. “You want to make sure you’re showcasing local chefs and regional specialties. We want the food that’s served to have flair that speaks to the community in which we live.”

Another cornerstone is environmental sustainability from the transit-friendly ground floor up to the “green” roof. “This will be the first LEED-certified* NFL stadium,” says York. “It will be the most innovative. We believe that it will be Silver LEED certified and we’re going for Gold.” And,” adds York highlighting the energy-efficient design, materials, and solar generation capabilities. “For ten Sundays a year, we will be energy-neutral.”