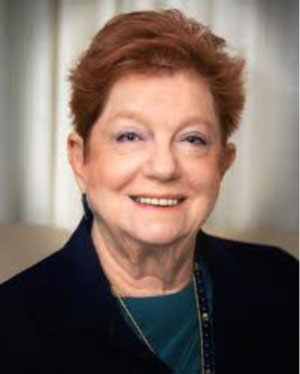 If there’s one thing you need to know about Arlyne Diamond, Republican candidate for California’s new state assembly seat 25, it’s that this multi-faceted woman – who does more in a day than most of us do in a month – doesn’t let anyone put her in a box and stick a label on her.

“Conformists follow the crowd and rebels are flip side of conformists,” the long-time Santa Clara resident observes. People who think for themselves sometimes look like conformists and sometimes like rebels.

“My support comes from across the political spectrum,” she continues. “My campaign funding comes from small donations from people of all political persuasions. My campaign committee has Libertarians, Conservatives, Republicans and Democrats.”

A native New Yorker who grew up in the Bronx and attended public schools, Diamond says she was a latchkey kid before the term was coined. Her father worked for the U.S. Department of Agriculture and her mother took in sewing piecework and later owned a knitting store. “Having a mother who worked gave me more freedom,” Diamond says. “I also had a lot more responsibility.”

Diamond showed her organizational talent as a doer quite young when she volunteered at a local veteran’s hospital. Not content with the usual round of volunteer activities, Diamond started a wheelchair basketball league. She was also the youngest-ever president of a chapter of B’nai B’rith, one of the U.S.’s oldest humanitarian and human rights advocacy organizations.

Once out of high school Diamond went to work and quickly worked her way up from file clerk to the head of the first-ever customer service department in a hospital supply distribution company.

When she moved to California, she worked as an efficiency expert and later as a business systems analyst. This experience made clear to her the central importance of communication and process management in achieving any goal – personal, business or organizational.

It was then that Diamond decided to go back to school and become a psychologist, beginning her education with night classes at De Anza and Foothill colleges. She went on to earn a B.A. and M.S. in Psychology from San Jose State University, and an M.S. and Ph.D. in clinical psychology from the Pacific Graduate School of Psychology. Her own education in public schools and colleges made Diamond a passionate advocate for excellence in public education throughout her career.

In 1981, she launched Diamond Associates a counseling and consulting service, which currently focuses on management and leadership development, communication, conflict resolution and other aspects of developing people in the workplace. She is a prolific writer and popular public speaker. In the course of her practice, Diamond became interested in the legal aspects of psychology, taking classes and Stanford Law School and founding the first chapter of the American Psychology Law Society.

She has also provided communication and image coaching for public officials and candidates. And she has volunteered her services and skills to many local organizations including Silicon Valley Joint Venture. At SVJV she studied the reasons that chief executives decide to keep their businesses in Silicon Valley or leave the area.

Her decision to step into California politics is motivated by concerns for the state’s economy, schools and the state’s increasingly polarized politics, as well as an unusual opportunity for a new face.

“Two interesting factors at play in electoral politics 2012,” Diamond explains. “A new district and an open primary. Redistricting has opened the field to new people. The open primary adds to the potential for new blood. It also fosters more moderate positions in the November election. It’s an opportunity to not have the same old politics.”

“I see more back-stabbing than cooperation across party lines,” she continues. “We’ve created an ‘us-versus-them,’ zero-sum political climate. I’m more about ‘we.’ I want to be a positive voice for more cooperation between parties, for more human and practical – rather than ideological – solutions to the issues we face as a community.”

One example of how this plays out is in Diamond’s interest in the Grand Boulevard Initiative for the El Camino corridor. “People fear change when they feel forced,” she explains. “In this case there’s a fear that the project is trying to force cars off the road. That’s not what the project is about.

“It’s about creating pockets where people can have a more urban lifestyle,” she continues. “We’ve had 60-plus years where development has been overwhelmingly suburban. Now there’s a thrust in the other direction.

“It’s about choices – for people who want to live in a single-family detached house, and for people who don’t want to mow lawns and want to take a bus to work and walk to the store.”

Indeed, the word ‘choice’ is one that comes up frequently in conversation with Diamond. “I’m for freedom of choice in almost every area. The minute the government says ‘thou shalt’ or ‘thou shalt not,’ I’ll fight that.”

As someone who teaches persuasion and negotiation, Diamond says she brings skills to the table beyond political expertise. “It’s only by first understanding the other person’s position can you be persuasive. There are many people who have all the answers and they can win every argument, but change nobody’s mind,” she says.

“Instead of attacking opponents, one way to find consensus solutions is to first identify the problem itself, so there’s a shared understanding,” Diamond adds. “The ability to do that is what I bring to the table.”

One thing is certain: Diamond will certainly make the upcoming June primary one of the most interesting locally in decades.

ArLyne Diamond will be participating in the League of Women Voters’ California Assembly District #25 Candidates Forum on Thursday, May 3, 2012 at Fremont Unified School District Board Room, 4210 Technology Drive in Fremont. For more information, visit www.diamondforassembly.com or call (408) 554-0110.