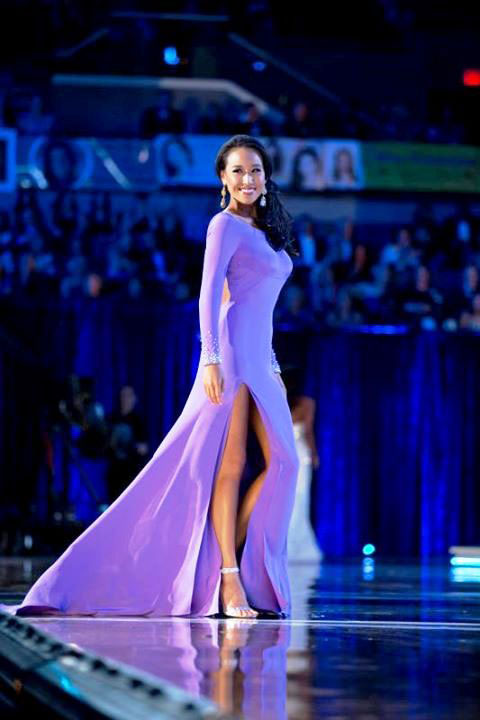 Although Lee experienced a little disappointment at being the first runner-up, the hard-working Stanford graduate also felt honored and excited to have gone as far as she had. Audiences will remember Lee’s style and grace as she danced ballet en pointe to “The Swan,” rocked it in her swimwear, and glided across stage in an elegant lilac dress with subtle rhinestone accents.

“Mary McCaman was my wardrobe stylist, and she always made sure I looked great,” says Lee. McCaman, the executive director of the Miss Santa Clara Auxiliary, organized the Miss Silicon Valley competition that Lee won before she became Miss California.

Some Internet blurbs have playfully compared Lee’s 17-second response to an on-stage question about U.S. intervention in Syria to a longer speech President Obama gave on the subject. While Lee is flattered by the attention, she sticks up for the President.

“It’s unfair to compare me to the President because his job is much more complicated than mine,” Lee says. “I had to simplify my answer, given the time constraint. If President Obama had 20 seconds, he would be able to do it too.”

“What I find to be a silver lining in the situation is the media is lambasting those who have been accusing [Miss America] of not being American,” Lee says. “That, in and of itself, shows that generally, the public sentiment is aware of how awful and misguided those tweets are. [Davuluri] is not Arab and she’s not a terrorist. She’s an American. Even if she was Arab, she can still be American. In fact, there was a Miss USA a few years ago who was Arab-American.”

Lee’s mother is from Taiwan and her father’s family is from China. A Chinese-American, Lee appreciates the diversity of people in the state she represents.

“I represent a diverse state where a huge part of our economy is based on the contributions of immigrants,” she says.

As the first runner-up in the Miss America competition, Lee won a $25,000 scholarship on top of a $5,000 STEM scholarship given to two women in the competition majoring in science, technology, engineering, or math.