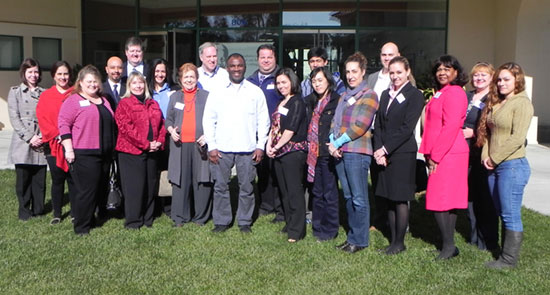 Linda Thuy Nguyen, a reading instructor, first learned about the Leadership Santa Clara program when she saw the call for applicants posted in the city’s quarterly newsletter. Wanting to build her confidence in leading others and learn more about the City of Santa Clara, Nguyen applied to the program and got accepted.

“Even if you don’t work for the City of Santa Clara, you can still use the skills you learn in this program to be a community volunteer,” says Nguyen, a graduate of the 2013 Leadership Santa Clara class. “We learned about how to talk to the media and how to interview someone. We also learned about team management and how to conduct effective meetings.”

Nguyen isn’t the only graduate who recommends this program. John Mlnarik, attorney and owner of The Mlnarik Law Group, has encouraged three employees of his law firm to participate in Leadership Santa Clara after he completed the program in 2010.

“[The program] provides a great orientation to the city, and how the city operates,” Mlnarik says. “On the first day of class, the mayor came and talked to the class. We got to meet the city planner and the city manager.”

State Farm Agent Tressa Williams, involved in Leadership Santa Clara in 2012, credits the program for helping her build relationships with the fire and police departments so she could better educate the community about public safety.

“One of the people in my leadership class was a high school student, a graduate of Wilcox High School, and this summer, he was my intern,” says Williams, naming another example of a positive connection she made in the program.

Andrew Ratermann, governing board member of the Santa Clara Unified School District, participated in Leadership Santa Clara about 10 years ago. Learning about the partnerships between the city and the school district helped him when he was elected as a school board member.

“Some examples [of city and school district partnerships] would be the teen center, the skate park, and the gymnasium on Cabrillo- that’s all on school district land, but we share the facilities with the city,” Ratermann says. “Also, the War Memorial Park behind Washington Open has been built by the city on school land.”

“One of the goals I had [doing Leadership Santa Clara] was to understand how the City of Santa Clara operated, to gain familiarization with the city,” Ratermann continues. “One of the things the program does is that it systematically goes through the different infrastructures of the city, so you see all the different parts. There are a lot of things the city does that you don’t see as an average citizen.”

Currently, Leadership Santa Clara is accepting applications for its 2014 program until its December 20 deadline. Interested candidates can visit http://santaclaraca.gov/index.aspx?page=1070 for information and an application. Selected participants will attend about seven sessions and a graduation, spaced out from January through June. They will learn about a variety of topics, including Santa Clara’s past, present, and future, ethical issues in public service, and public safety.

Community
Author Cynthia ChengPosted on May 4, 2011
The first week of May is Children’s Book Week and what better way to celebrate than to recognize Tim Myers, a local children’s book...

Arts & Entertainment Community
Author Elizabeth RealPosted on August 16, 2018
While many screamed at the various twists and turns atop Great America’s roller coasters, others screamed at the sight of one of their favorite...
SPONSORED