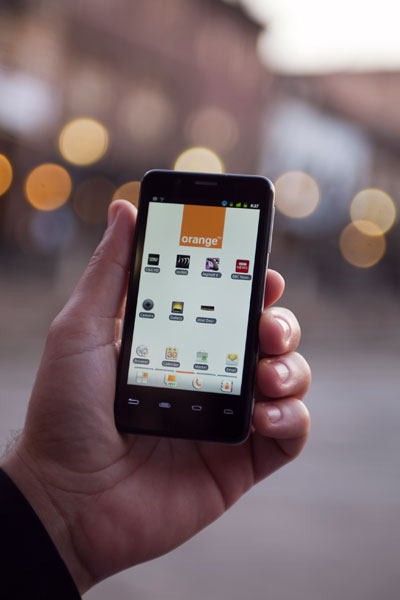 It’s only natural that Intel’s first smartphone should call Santa Clara home. Santa Clara was, after all, the birthplace of the world’s first commercially available microprocessor*, the Intel 4004.

At last week’s Mobile World Congress 2012 in Barcelona – the world’s top tech conference focused on all things mobile – some of the loudest buzz was about Intel’s “Santa Clara” smartphone. Developed at Intel’s headquarters in Santa Clara, the MWC was designed to showcase the company’s new mobile processor chip, the Atom Z2460.

How big is this news among the masters of the mobile digital universe? Well in the past 24 hours as I write this, Google has picked up 230 new reports and commentaries about the Santa Clara smartphone – and about 1,000 in the last 24 hours.

Intel began developing the Santa Clara smartphone a year ago, according to a CNN report, when the company was having difficulty persuading carriers and manufacturers that Intel chips could power a mobile phone. (The mobile chip market is virtually entirely dominated by chips based on ARM, a processor architecture that’s ideal for mobile devices because of its fast performance and low power usage.)

So Intel created a mobile phone lab in its Santa Clara headquarters. The company reportedly built several thousand phones and gave them away to telecom carriers and manufacturers.

“Our device is fully buzzword-compliant,” said Intel head of mobility Mike Bell told a news conference last week. “Intel is a computing company, and these devices are becoming handheld computers. It’s natural for us to get into this space.”

France Telecom will begin marketing the Android device later this year in Europe under its Orange brand. With revenues topping $58 billion, France Telecom-Orange is one of the world’s largest and oldest telecom companies, doing business in 35 countries and serving 226 million customers.

The fact that Motorola Mobility – currently being acquired by Google – has announced that all of its future mobile devices will use Intel chips, adds further heft to Intel’s new role in the mobile marketplace. And device makers Lenovo and ZTE announced last week that they, too, are rolling out Intel-based phones.

Intel’s strategy is clearly to take the lead in the mobile marketplace as the company did with the PC – a market where Intel now dominates. And the company hasn’t dismissed staying in the phone manufacturing business. “Our plan is that with every new generation of chip, we’ll build a state-of-the-art reference device,” Bell said last week. “If customers like what they see, we’ll certainly support that.”

*Microprocessors integrate all a computer’s central processing functions on one silicon chip. This 1971 invention made possible the world we know today of $300 PCs, and mobile phones you can use to watch movies and pay for your groceries. By comparison, a mainframe computer of the same era, the IBM 1401 system, weighed two to five tons and cost upwards of $200,000 – or, $1.1 million in 2010 dollars. By the same token, today’s $300 computer would cost $65 in 1971 dollars.

To donate funds, apply as a volunteer, or learn more, please see www.servicesforseniors.org