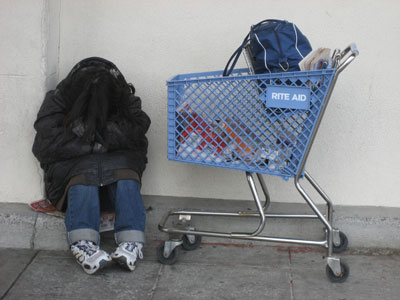 Ending rather than managing homelessness is the hope for the 7,045 homeless persons who were counted in the January 25 – 26, 2011, early-morning Santa Clara County census almost a year ago. In a change of approach, the current focus is on providing permanent housing first and then adding the support systems needed to help people stay housed.

“Housing first is the recognized approach. We need to involve ourselves more in the chronic homelessness situation in Santa Clara and how to find permanent housing,” says Jeff Pedersen, Housing and Community Services Division Manager for the City.

It’s a tall order, but the nonprofit organization Destination: Home is leading the county in an effort to permanently house 1,000 chronically homeless people in the county by July of 2013. These are people who have been without a home for more than a year or are repeatedly homeless.

The more modest goal of the city of Santa Clara is to house ten chronically homeless people, giving priority to those who have the greatest health needs. However, despite best efforts, accurately identifying and counting the unsheltered and chronically homeless is no easy task.

“The chronic homeless are the most challenging to assist. During the census, I met a number of these individuals, including a Wilcox graduate and member of one of our earliest families. He has been offered assistance many times but refuses, preferring the lifestyle he has had for decades,” says Matthews.

“The chronic homeless often suffer from either mental illness or addiction caused by or as a result of homelessness. The longer a person stays homeless, the more difficult it becomes to help them.”

“If Santa Clara can house ten, that would be a sign of success. A successful path or program for one will set the path for more,” says Pedersen.

“I wholeheartedly support the goal of housing ten chronically homeless in Santa Clara. I also support those individuals and agencies that have dedicated their lives to service and compassion. I urge all Santa Clarans of faith to pray for those suffering in our community and ask how they can help at their place of worship. I urge all to contribute to charities and organizations that seek to move people from homelessness to permanent homes,” writes Matthews in an e-mail.

City of Santa Number of Homeless Persons by Enumerated Sub-Group

The census figures for the city of Santa Clara indicate that homeless persons decreased from 474 in 2009 to 396 in 2011. However, the City staff believes that an increase in City homeless persons is more likely the reality.

The hypothesis is that certain census tracts in Santa Clara may not have been canvassed as effectively in 2011 as in other census years—2004, 2007, and 2009, which all reported significantly higher numbers of unsheltered homeless in the City.