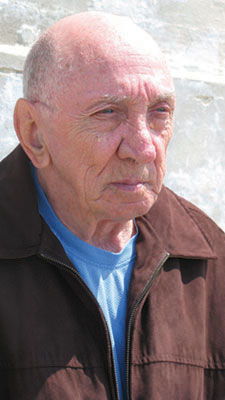 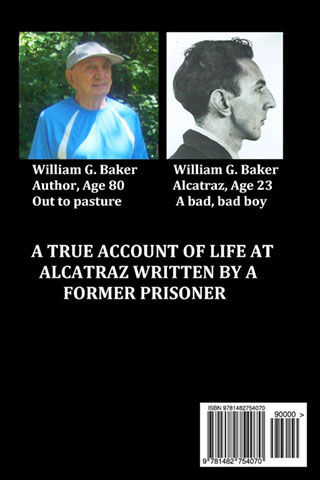 As William Baker sits in the author’s chair at Alcatraz Island, he smiles and interacts with tourists. The octogenarian welcomes the attention he receives, and appreciates the fact that, unlike his trip in the 1950s, he can leave the island whenever he chooses.

Baker, a former Alcatraz inmate, shares his stories in “Alcatraz-1259,” a book he wrote about his experience at the prison. The book, which is named after his prison number, recounts the nearly three years Baker spent at Alcatraz after escaping from prison, stealing a car and taking it across state lines.

Baker says that although the island has a reputation for being a rough place and housing some of America’s toughest criminals, it wasn’t so bad.

“A human being can adjust to just about anything. We found happiness comes in small packages. To a junkyard dog, a bone is pure heaven. The food was alright and once we got a job, we could get out of our cell during the day and go to work…I don’t regret the experience because I met some really great people there. People who I thought were great anyway. They just liked to rob banks.”

While at Alcatraz, Baker met the famed Anglin brothers (John and Clarence) prior to their escape and spoke to the Birdman (Robert Stroud) when Stroud was confined to a hospital cell. He worked in the glove shop making white cotton gloves and stirred up a little trouble by brewing beer, which occasionally got him sent to the hole – a place he doesn’t recommend. Baker also picked up a “skill” that kept him in and out of prison until March of 2011.

“I learned a trade while I was at Alcatraz,” says Baker. “I learned how to counterfeit checks. I learned it from one of the best in the world, Courtney Taylor. And, I got out and I tried it out. It worked good for awhile. You can get away with cashing and counterfeiting checks 1,000 times but all you have to do is get caught once and you’re caught. So I went back to prison. I went to Leavenworth. And, while I was at Leavenworth, I improved my methods of counterfeiting and resolved not to make the same mistake again. And, I got out and tried it again with my improved methods. The only problem was that the cops had improved their methods too. So, back to prison I went.”

Eventually, Baker got tired of going to prison and his parole officer helped him get government assistance, which led to him saving up enough money to buy the computer he used to write “Alcatraz-1259.” He is now off public assistance, supporting himself, and sitting in the author’s chair at Alcatraz whenever the opportunity arises.

“I enjoy what I’m doing,” he says. “I meet people from all over the world – over 50 percent of tourists who come through there are from foreign countries. It’s just incredible. I don’t know whether or not I deserve it, but I’m a rock star now on Alcatraz Island…I’m not saying whether that’s right or wrong, but just saying it’s great for me and I love it.”

Baker will be at Alcatraz Island every Wednesday-Friday in January to sign copies of his book, which can also be purchased on Amazon.com.

Community
Author Erika TownePosted on October 22, 2019
A new report out this month sheds some light on what it means to be a Muslim youth in America and more specifically California....

Community
Author Suzy PaluzziPosted on February 9, 2011
Though the weather had changed to cool and overcast outdoors, the atmosphere inside the Senior Center dining room was warm and light for the...
SPONSORED