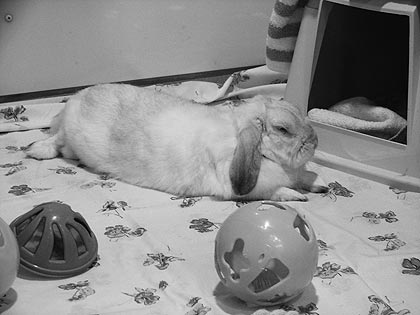 The dogs were on their best behavior and the cats looked cute as could be, as numerous families looked through glass panes and into their habitats. Hundreds of people walked through Silicon Valley Animal Control Authority’s door Saturday, May 7 for SVACA’s fifth annual Adoptathon event.

Refreshments of cookies, cupcakes, and popcorn lined a table next to beverages in SVACA’s lobby. Across from the food, the raffle table included items such as two tickets to a San Jose Earthquakes game, six dog training lessons from DJ’s Clever Canines, six dog training lessons from Happy Tails to You, a gift certificate to The Fish Market and a canine massage. There were also prize packages containing items for large and small dogs, cats and pocket pets.

The Santa Clara County Office of the District Attorney had a table set up near front of the adoptable rabbits. The office, who last June launched a campaign against animal cruelty, was there to let people know that, with the summer months coming, it’s against the law for owners to leave their dogs in hot cars and to encourage everyone who witnesses animal violence or cruelty of any kind in Santa Clara, Campbell and Monte Sereno to report it to SVACA.

Canine Corral set up just outside the adoptable dogs with information about their dog daycare center and their affiliation with Happy Tails to You Dog Training.

Inside each of SVACA’s two rooms set up for the event were various vendors and rescue groups including Woof and Wear, a vendor who makes personalized dog blankets, or woof mats, and bandanas. Dachshund Relief, Inc brought along some of their dachshunds, each outfitted with “Adopt Me” signs on their backs and Cavy House brought a few guinea Pigs who were awaiting a forever home.

At noon, DJ’s Clever Canines owner, Donna Johns, ran a dog training clinic outside with Cruiser, one of SVACA’s adoptable dogs. Johns gave tips on how to break dogs of some of their bad habits and Cruiser was rewarded treats whenever he followed directions correctly.

By the end of the event, SVACA had found homes for nearly 50% of their available animals and the other rescue organizations found another six of their adoptable animals homes. There are still plenty of dogs, cats and rabbits available at SVACA and in the upcoming weeks, SVACA will have the twenty kittens currently in foster homes up for adoption.

SVACA is at 3370 Thomas Road in Santa Clara. For additional information on SVACA’s adoptable animals and services visit, www.svaca.com.

Community
Author Diane AndrewsPosted on August 16, 2019
Don’t judge a book by its cover, a carrot by its wonky shape or an apple by its skin imperfections. Santa Clara friends founded...

Community
Author Alissa ReyesPosted on September 27, 2017
Artec 3D specializes in professional portable, handheld 3D scanners, one of their scanners, named Space Spider, is slated to launch into space and help...