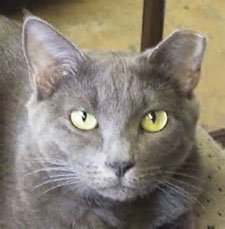 Pet overpopulation is a huge problem throughout the country. Unfixed feral cats breed multiple litters of kittens throughout their lives. Think of it this way. The average number of litters a cat can produce in one year is three and the average number of kittens in each litter is six. Over the course of seven years, one female cat and her offspring can produce up to 420,000 cats*. Only a fraction of those cats will be adopted – the rest euthanized. But how is the problem fixed and how do cities keep feral colonies from expanding? How do shelters curb the population problem without euthanizing thousands of cats each year? In the case of Silicon Valley Animal Control Authority, and other shelters in the nation, it’s with program called Feral Freedom.

Similar to a TNR (trap, neuter, release) program, Feral Freedom allows feral cats to live out their lives without putting a strain on shelters or the community.

“It is essentially a TNR program, but geared towards targeting community cats in the neighborhood and educating our citizens on the importance of getting these neighborhood cats altered to reduce the overpopulations of cats,” said SVACA Shelter Manager Michael Limper.

In the past, when feral cats were picked up by animal control or brought to the shelter, they would immediately be euthanized. That’s starting to change as shelters are moving forward with Feral Freedom programs that alter, mark, and return the cats into the community.

“We do the [ear] notching so people know that they’ve been taken care of and the Feral Freedom ones get microchipped also,” said Limper. “They’re vaccinated for rabies and FVRCP and if they have any issues – mites or anything like that – we treat those as well.

“[When we started the program,] I was anticipating more customer complaints from the public because you get a lot of folks that say they don’t want cats in their backyard and that sort of thing. We explained it to them and said that the old way of doing things was that every feral cat that came into the shelter was euthanized, but that didn’t fix the problem because new feral cats would just move right in. If we alter them, put them back out, they don’t reproduce, and they just live out their lives then it just works out. It will be a few years before we get all the data to see if it’s been working but it seems to be a positive thing.

“We also keep track because they’re microchipped,” he continued. “We’re in the animal field so we don’t want to see cats hit by cars. But, if we do get those DOAs coming in we can scan them and say, ‘oh this is one of our Feral Freedom cats.’ I keep track of it and my list is about 15 cats that have come in deceased since we’ve been doing it…And our intake numbers are down from last year overall so I like to attribute it to the Feral Freedom program and our low cost spay/neuter. I don’t know if that’s how it is but I’d like to think it has an impact on the numbers.”

SVACA’s Feral Freedom program is a free service to the community. Visit http://www.svaca.com/services/trapping.html for more information on the TNR program.

WWII Navy WAVES Veteran Writes about the Blessings of Her Life

Community
Author Diane AndrewsPosted on November 23, 2022
“This vigil is not a victory lap; it is a call to action,” said Sunnyvale Vice Mayor Alysa Cisneros at the city’s Solidarity Vigil...
SPONSORED