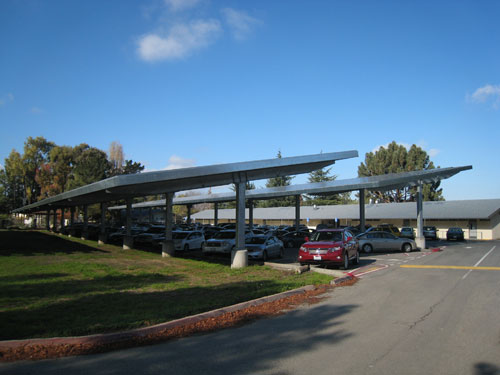 SCUSD Budget Taking a Turn for the Better

A look at Santa Clara Unified School District’s (SCUSD) $130 million budget for the current fiscal year (2012-2013) reveals that the financial picture may be taking a turn for the better.

While total spending is projected to be up 3.7 percent over 2011-2012, revenues are up by 1.8 percent, according to district projections reviewed by Superintendent Bobbie Plough at the Dec. 13 board meeting. The total cost of teachers’ salaries is 2.4 percent under budget – due to larger class sizes – and overhead expenses are down nearly 28 percent thanks to the district’s solar energy projects. The district will also see almost $2.2 million in additional revenue, thanks to about $1 million in additional federal money, and $2.4 million from the Measure A parcel tax. This offsets $1 million in cuts in school funding by the state.

Proposition 30 has kept the district in the black, according to Plough. “Had we not had Prop 30, we’d probably be looking at negative certification,” she said at the Dec. 13 meeting. Districts must certify to the state whether they are “positive” – in the black – or “negative” – in the red.

Other school district numbers of interest:

“Fair share” payments are state assessments aimed at equalizing budget cuts across Basic Aid schools – funded primarily by local property tax funded, they get only “basic aid” from Sacramento – and Revenue Limited schools – funded primarily by the state, thus they receive a “limited” share of local property taxes. A formula decides whether a district is Basic Aid or Revenue Limited, and fewer than 100 school districts in California are Basic Aid. SCUSD is one of them.

This complicated scheme had its genesis in the California Supreme Court’s 1976 decision, Serrano v. Priest, where the court ruled that financing schools with local property taxes violated the State Constitution’s Equal Protection Clause, and that property tax rates and per pupil expenditures had to be equalized. By dramatically cutting property taxes, Proposition 13 in 1978 effectively shifted school funding from property taxes to the state’s general funds. Revenue Limited schools aren’t as vulnerable to property tax fluctuations, but don’t benefit as much from rising property taxes.

Don’t Take Our Word for It…

The Santa Clara Weekly, along with the San Jose Mercury, has been criticized by some school board members for the paper’s reporting about SCUSD board meetings. So we say, attend board meetings and judge for yourself.

Schools
Author Alissa SorotenPosted on January 13, 2023
Foster youth, homeless students, and students with disabilities at Santa Clara Unified School District were identified as needing help improving by the State of...