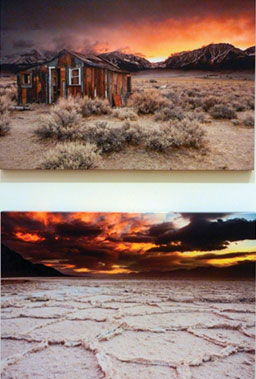 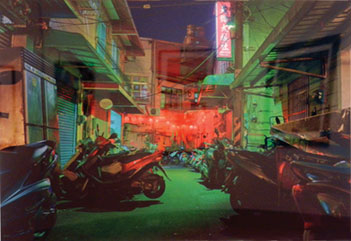 Judging the best of the best is never an easy task, but the Triton Museum of Art has developed a foolproof way of determining winners of its competitions. Chief Curator Preston Metcalf, Curator Maria Ester Fernandez and Curator Stephanie Learmonth look over the entries and say, “yes” or “no.” Each of the pieces receiving three “yes” votes automatically makes it into the show, followed by pieces receiving two “yes” votes, and one “no.” This year, out of the 600 entries received, 75 have been selected for the 2013 Statewide Photography Competition and Exhibition.

The three curators are enthusiastic about the winning photo. According to Metcalf, the jurors are in complete agreement, a rare feat, over the winner, Ron Dell’Aquila. Dell’Aquila has been part of many of the Triton’s previous exhibitions and winning is an honor he is humbled to receive, but an honor Metcalf says is fitting and well-deserved.

“Red Lantern Alley,” a picture of motorcycles parked along a street in Taipei, Taiwan is stunning. The forefront of the street is lit by green light and at the end of the alley, dozens of red lanterns illuminate the buildings. Dell’Aquila says he had a difficult time getting the shot due to the hustle and bustle of the city. Eventually, after much patience and dozens of imperfect shots, the street cleared and he was able to snap the photos that became his award-winning entry.

Dell’Aquila’s “Shop Girl,” another shot he had a difficult time getting due to the busyness of the business, received an honorable mention. In addition to earning the top honor, Dell’Aquila receives a solo show in the fall of 2014 as his prize.

The exhibition is on view until June 23 and a reception is scheduled to honor the artists on Friday, May 10 from 6 to 8 p.m. at the Triton, 1505 Warburton Ave. (across from City Hall). For additional information visit www.tritonmuseum.org.

Self-Portraits: At the Edge