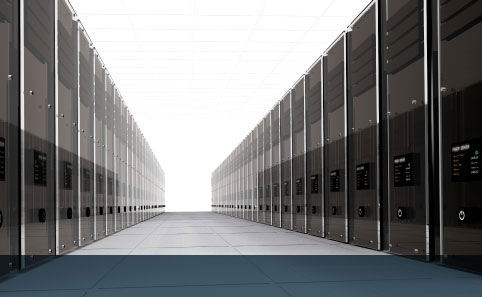 How important is the data center business to the city of Santa Clara? Consider this: In 2011 Santa Clara was the U.S.’s number one market for wholesale data center leasing activity, according to Grubb &Ellis’ National Data Center Practice (datacenterpractice.com). Another way to think of that is that for Santa Clarans, the “cloud” that’s keeping your music, photos, apps, calendars and documents is, literally, right here at home.

Data centers house and computer, data storage and telecommunications systems that are then leased out. Traditionally an in-house business function, operating data centers as-a-business took off in the 1990s when companies needed fast, reliable Internet connections and nonstop operation to deploy websites and online services.

While big companies could afford to operate their own data centers, the big capital investment needed to build, equip and staff these installations put them out of reach for smaller businesses. The advantages of buying-instead-of-building soon became clear to businesses, and services providers could see there was money to be made in data centers and services.

Climate control is critical for running data centers’ acres of 24/7 electronics. Green building methods in the Bay Area’s temperate climate let data centers cool with outside air and minimize their use of air conditioning, explains Greg Ness Chief Marketing Officer at Vantage Data Centers, which operates three data centers (a total of about 300,000 sf) in Santa Clara. “Eighty percent of our buildings use outside air for cooling,” says Ness. “It is a game changer.”

The next critical factor in data center operation is the cost, availability and reliability of electrical power. Just how critical is highlighted by the fact that datacenter capacity is typically described in terms of megawatts as well as square footage.

“The biggest role a city and electric utility play is in the cost of powering a data center,” says Matthew Zeier, director of IT operations for the open-source Internet software company Mozilla, which last winter consolidated three data center operations in a Vantage facility in Santa Clara. “Power is the single largest operational expense for data center operators.”

Here, too, Santa Clara holds a winning card with its city-owned electric utility, Silicon Valley Power (SVP). And not just because of SVP’s lower rates.

“They’re a forward-thinking and progressive utility,” says Ness. “They’re business-friendly and business-responsive. Their reputation goes beyond Silicon Valley. They are a utility that that has a passion for excellence.”

The final ace in Santa Clara’s hand is its industrial strength fiber-optic network and proximity to Internet backbone – its main communications conduits. “You want to have your servers close to networks,” explains Ness. Within two blocks we have access to two dozen carriers.”