The rainy weather wreaked havoc across Santa Clara County this past week. The brunt of the storm hit in the early morning on Jan. 10 with strong winds and thunder and lightning.

According to the National Weather Service, winds peaked in Santa Clara at 30 MPH around 2:25 a.m. Tuesday morning. The winds knocked out power in parts of the City. Silicon Valley Power crews worked through the night to try and restore power to thousands of customers. Most of the outages happened in the southern part of the City. By midday Tuesday, most of the power was restored.

In Sunnyvale, the City offered a free sandbag filling station to people worried about flooding. Other than that, it was mostly quiet.

In the Santa Clara Unified School District (SCUSD), schedules adjusted depending on how the string of storms played out.

Both schools returned to a regular schedule the next day.

While flooding has not occurred to date, it is still a strong possibility, especially around the Guadalupe River and San Tomas Aquino Creek. Both waterways have dealt with intense runoff over the past week. Water levels are higher than they have been in several years.

More rain is on the way. Forecasters say the wet weather will run through Wednesday evening. After a brief break, another storm is expected to move into the area on Friday with several consecutive days of rain in the forecast.

To stay up to date on flood warnings or wind advisories, keep an eye on the National Weather Service’s website. You can also follow Silicon Valley Power on Twitter for the latest updates on outages and service restoration. 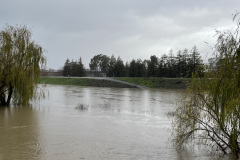 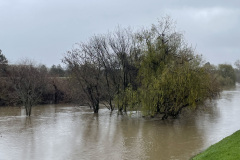 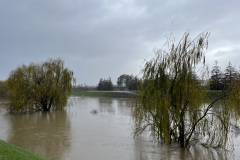 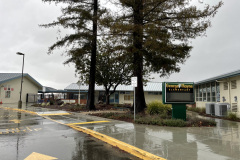 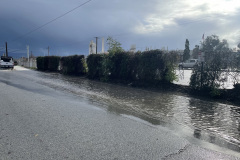 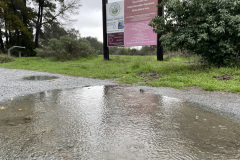 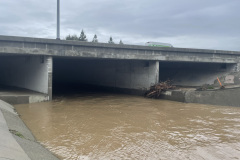 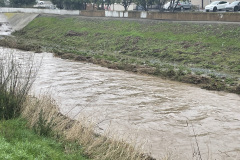 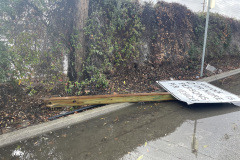 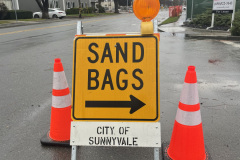 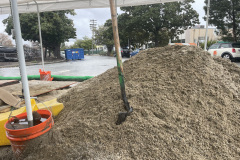 Jim MacDonald, Won’t You Be My Neighbor?