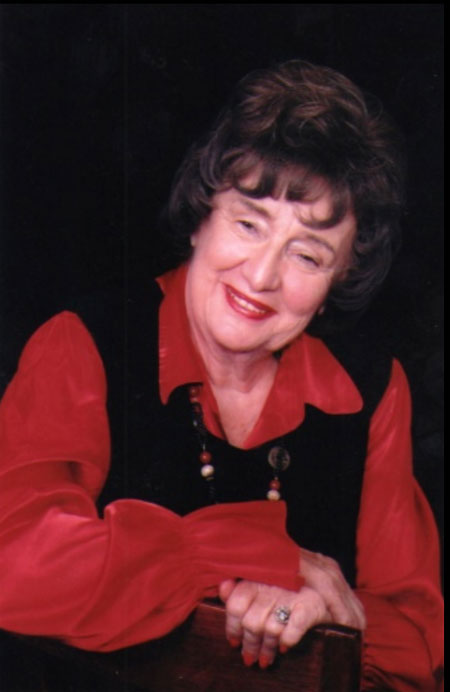 Dr. Audry Lynch has been a teacher at Mission College for almost 30 years. She is best known for her keen interest in John Steinbeck, the Pulitzer Prize winner from Salinas who died in 1968.

Many consider Lynch a Steinbeck authority. She authored four books about Steinbeck, often including first-hand information from interviews with sources who knew him. I came here from the east coast, so I am fascinated by local authors, Lynch explains in answer to why she decided to pursue her interest in Steinbeck.

Originally from Massachusetts, Lynch earned a Bachelors degree in English at Harvard in 1955. She couldn’t find a job, so she worked on an influential newspaper first. In 1956, she married and while raising three children, was still a frustrated English teacher, she insists.

The whole family moved to California in1970, and that is when her Steinbeck journey began. I attended a weekend gathering in Salinas after Steinbeck’s death, and met people like his neighbors, and people who went to school with him, Lynch says. There was also an annual panel, ‘Friends of John Steinbeck,’ where I heard Sparky Enea speak. Sparky was the cook on the Sea of Cortez trip taken by Steinbeck, and Lynch interviewed him at length. He had the real story, she explains how her first book came about.

After that success, Lynch gave talks about Steinbeck, and met others, like Steinbeck’s second wife, and his next-door neighbor. Lynch’s second book consists of how people remembered Steinbeck, and was published in September 2000.

Before leaving Massachusetts, Lynch earned her Masters in Counseling in 1967, while rearing her children. She worked as a guidance counselor in South San Jose after getting settled into her new home in California. But she also started teaching day classes on Steinbeck at community colleges.

Lynch, who received her doctorate degree in 1984 at the University of San Francisco in Educational Psychology because I thought it would be a good background for my teaching, answered an ad she saw for a Mission College English teacher, and the rest is history.

Ninety-five percent of my students come from immigrant families, she remarks. I always have my students read a book. Steinbeck’s simple, forthright language is good for a non-native English speaker. His books have earthy characters and working class people in them, so they are relevant. Good writers are always relevant, she concludes.

Lynch also wrote a scholarly book, which compares James Dean and John Steinbeck. They met on the film set of ‘East of Eden,” she says. Her most recent book on the author of ‘Grapes of Wrath’ and ‘Of Mice and Men’ is a collection of letters that shows the day-to-day life of a writer, she states.

Lynch has a Steinbeck collection which has taken over my house, she says. And her students are pleasantly surprised to learn their teacher is indeed a Steinbeck scholar when they discover her books in the Mission College Library.

Community
Author Strong's FamilyPosted on April 18, 2018
Jim, you made our lives better. Your playful sense of humor kept our hearts warm and light. Your gentle patience, humble integrity and unassuming...

Community
Author Larry SacksPosted on July 13, 2018
Visitors from across the Bay Area and Santa Clarans donned their best red, white and blue attire and headed to Central Park for a...
SPONSORED