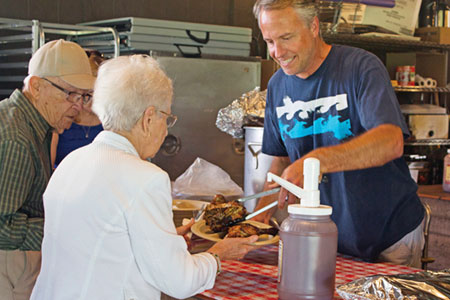 “My [host] family was amazing,” said Truong who will be attending Cogswell Polytechnical College in Sunnyvale in the fall. “Their hospitality was amazing. My student was still in school at that time so I spent most of my time with my host parents. They had really demanding jobs because my host father is the director of his company and the mom is a nurse. The fact that they took time off to spend with me and make sure I had a good time was so gracious. It’s because of them that I was able to enjoy it so much.” 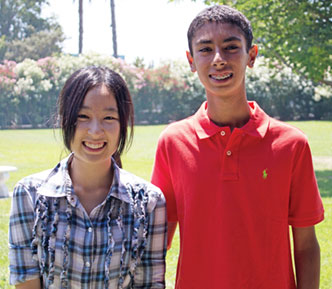 “I had a great time in Japan,” said Chahal, an incoming sophomore at Santa Clara High School. “I had a great time eating new foods and experiencing their culture – meeting and connecting with people. My host family was awesome and everybody in Japan was really nice and honest people. I learned a lot from the people in Japan and also from our day-to-day experiences over there. It was a fun time. At the same time we learned a lot. I really want to go back there. Izumo is a great place – it’s partially rural but it has a nice city part to it and it was just really cool and different experiencing a city like that.”

Both students had memorable experiences and raved about the hospitality they were shown by the Japanese people. They were also each very grateful to the Sister Cities program.

“We’d like to thank Sister Cities for providing us with this opportunity and we encourage others to get involved with the program,” said Chahal.

“And donate,” chimed in Truong, since donations and fundraisers are a large reason why the students were able to have their once-in-a-lifetime experience.

To learn more about the Santa Clara Sister Cities Association, get involved, or donate, visit www.santaclarasistercities.org.