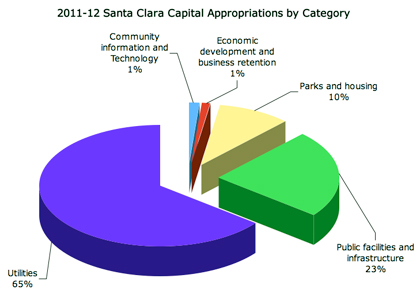 The City currently has $1.2 million in capital projects reserves, $3.8 million less than the targeted $5 million, City Finance Director Gary Ameling told the City Council at the May 17 meeting. However, the City has freed $1.7 million in the CIP budget from closed and reduced projects, Ameling reported.

Got questions about the Santa Clara budget? Visit the city budget webpage at santaclaraca.gov/index.aspx?page=50&recordid=560. Not only will you find current and historical budgets and financial reports, the webpage also offers a “City Budget 101” booklet that can be viewed as an online book or downloaded. Santa Clara budget documents are also available at the Central City Library on Homestead Road.