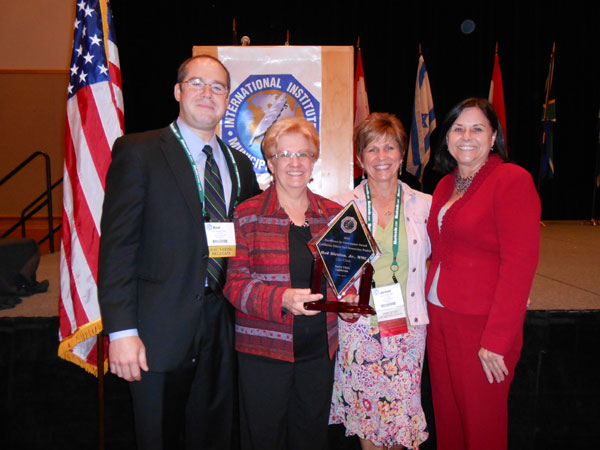 Once upon a time a city clerk’s role was reactive: keeping the town records. Today, it’s proactive, as city clerks are increasingly asked to drive good government programs and expand public engagement with local governance. It’s not an understatement to say that city clerks are town CDOs – Chief Democracy Officers.

Last month the International Institute of Municipal Clerks (IIMC) recognized Santa Clara’s leadership through the California Ethics and Democracy Project (CEDP, caethicsproject.diridon.com) – which had its start in city in 2007 – and City Clerk Rod Diridon’s office with the 2012 Inaugural Program Excellence in Governance Award.

The award was given at the IIMC’s second ethics summit, held in Santa Clara, and is the highest honor given by the Institute. Among Santa Clara’s achievements are its founding role in the CEDP and the organization’s first summit in 2009, and the City’s Vote Ethics program.

The CEDP’s accomplishments include The Municipal Clerk Decision Roadmap and 6-Way Test for insuring that programs such as voter registration drives or get-out-the-vote campaigns are executed fairly and without bias. “Santa Clara has some of the best programs in the state, they’re a solid model,” says Diridon. “This collaboration helps us to be even more effective by learning what other communities find successful.”

City Politics
Author Erika TownePosted on August 28, 2019
Sunnyvale is moving forward with its Vision Zero Plan, a set of policies designed to make the city streets safer for pedestrians and bicyclists,...

City Politics Community
Author Diane AndrewsPosted on February 24, 2017
The removal of the controversial 14-foot, white granite Latin cross that was the focal point of Memorial Cross Park at the intersection of Martin...
City Politics
Author Carolyn SchukPosted on February 8, 2012
Here’s a short primer of court rulings that are relevant to the current SA lawsuit. Impartial reading indicates that the county superior court is...
SPONSORED