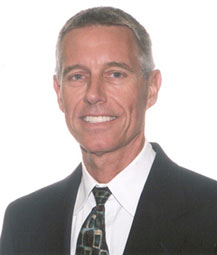 At its 20th anniversary celebration last month, the Santa Clara Housing Action Coalition (HAC) presented city planning director Kevin Riley with its Unsung Heroes Award in the Making a Difference category. “The City has been a regional leader in [affordable] housing and that in large part is due to Kevin’s leadership in the Planning Department,” said the June 26 Council meeting agenda report.

“Thank you for your leadership on this,” Mayor Jamie Matthews told Riley at the June 26 meeting. “What you’ve done is an amazing reflection on yourself and your staff.”

More than 20 years ago, Santa Clara created its Affordable Housing Set-Aside Fund. Since that time, the city has invested $158 million in programs and development projects that preserve and increase affordable housing for extremely low- to moderate-income residents. In fact, Santa Clara is leads U.S. cities in the amount it invests in affordable housing on a per-capita basis, according to Assistant City Manager Alan Kuraturi.

Two major office development projects that were shelved in the economic cataclysm of 2008 are back on track with new designs: the Irvine Company’s Santa Clara Technology Campus project at Augustine Dr. and Bowers Ave., and a new NVIDIA corporate headquarters at San Tomas and Central Expressway.

The new two-phase development proposal for the Santa Clara Technology Campus “right-sizes the project,” said City Manager Julio Fuentes at the July 11 Council meeting, with “medium rise buildings that meet the needs of the tech market.” The parcel is currently home to low-rise 1970s industrial buildings.

The plan shows the dramatic changes – most would call them improvements – in business architecture that have occurred over the last 40 years.

The goal of the design is to create a community that is a “pedestrian-oriented…community space,” said project architect Michael Bischoff of Pei Cobb Freed & Partners.

By eliminating the “sea” of surface parking, the design frees up the central space to be an entirely pedestrian space, “framed” by the surrounding buildings. The design also includes arcades at the ground floor, amenities such as fitness centers and cafes spread throughout the campus, and an outdoor pavilion for meetings and gatherings. “It’s a network of outdoor space that really invites workers to come down and enjoy the outdoor space,” said Bischoff. The campus will be open to the community.

The design includes a variety of sustainable, and energy-efficient features that include water-conserving landscaping, as well as electric vehicle charging stations and bike storage. The development will contribute $400,000 to Santa Clara’s affordable housing funds, and $200,000 to support the city’s open spaces, trails and parks.

Irvine anticipates that at peak construction, the project will employ about 300, and the finished campus will house over 5,000 employees. Currently the project is in design-development, and the construction schedule will depend on advance leasing agreements.

A 2008 stall in development plans for a new headquarters also turned out to have a silver lining for NVIDIA. It gave the company an opportunity to redesign a run-of-the-mill office campus into something that will be truly iconic, NVIDIA Director of Facilities Operations John O’Brien told the Council last week. The new 1.95-million sf campus on a 35-acre site at San Tomas Expressway will certainly rival other prominent corporate developments planned in Silicon Valley, noted Planning Director Riley.

NVIDIA’s new state-of-the art campus has a definite “Jetsons” feel, with interestingly geometric buildings topped with roofs made of triangular panels that will provide a significant amount of the buildings’ light from skylights. Much of the campus’ parking will be under the building, to maximize usable outside space.

Like Irvine, NVIDIA intends that its new campus will provide space for community use. “We don’t close our campus, we don’t wall our campus off from the community,” said O’Brien. “We anticipate that the open space will be used by the community on weekends.”

City Politics
Author Carolyn SchukPosted on November 9, 2016
Gillmor Has Made Election All About Her It seems the most visible player in the 2016 Santa Clara election is someone whose name isn’t...

City Politics Community
Author Senator Bill MonningPosted on August 17, 2018
August 26 has been designated as National Women’s Equality Day to honor the women who fought tirelessly for the commissioning of the Nineteenth Amendment,...
City Politics
Author Carolyn SchukPosted on July 23, 2014
The committee charged with drafting a boarding house ordinance – officially the “neighborhood preservation” ordinance – was greeted at its July 7 meeting by...
SPONSORED