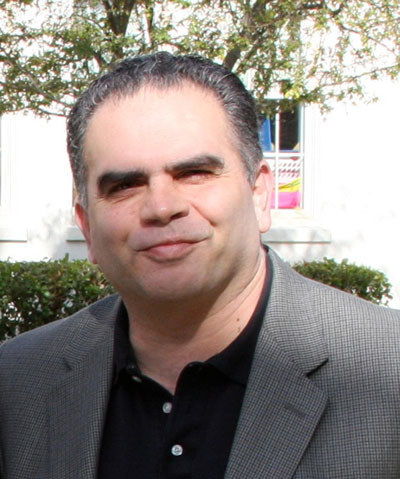 There’s been a lot of news about Apple returning some manufacturing operations to the U.S. But while Apple is an industry leader, in this case it’s only the leading follower of a trend that’s keeping high-skill manufacturing jobs at home – also called re-shoring.

Santa Clara-based Stoke is getting a lot of attention for its leadership in helping other U.S. manufacturing companies re-shore production. Stoke VP of Operations Paul Cianci recently spoke on “Reshoring and Third Generation Manufacturing in North America” at the Decision Sciences Institute’s annual conference. Since Stoke’s founding in 2004, the company has always done its manufacturing in Santa Clara – long before re-shoring became the latest news among the “trend-erati.”

The privately held company supplies a critical component of today’s mobile communications: mobile gateways, the interface between your cell phone and the service provider’s network. With customers who are among the world’s leading wireless carriers, and stiff competition from some of the biggest names in telecommunications, Stoke must offer consistently stellar service and quality.

“For this company to compete we have to be better than the competition,” says Cianci. “Customers expect us to prove it a little more than the big guys.” That’s why the company made a strategic decision at its inception to manufacture close to home, partnering with a local contract manufacturing company.

“Having manufacturing close to R&D and operations gives us such a huge advantage,” says Cianci. “There’s nothing like being in Silicon Valley. All component suppliers are within a 20-mile radius. All our manufacturing options are here.

“A couple of times a week, I visit the factory,” he continues. “I’m able to be there in 15 to 20 minutes. That allows a high degree of ‘touch,’ and lets us manage quality more closely, change configurations more quickly, to be more agile and manage the factory at the lowest possible cost.” Keeping manufacturing close to corporate offices also means less disruption to everyone’s schedules.

“If the factory were in China it would take a week to visit the operation,” he continues, “I’d have difficulty getting engineering people close to manufacturing to analyze any problems.”

After a decade in which off-shoring became virtually the norm, more companies are looking at ways to bring the supply chains closer to home, reports Cianci.

“We’re at the tipping point for [the manufacturing cost of] automotive and transportation, electronics, fabricated metal, machinery, plastics and rubber, appliances and furniture,” explains Cianci. “If you look at these industries, the labor is a small portion of the manufacturing cost compared to materials. These things are insensitive to labor cost. And all are having a manufacturing resurgence in the US.

“That has many companies asking whether or not it makes sense to bring manufacturing back,” he continues. “Today, 51 percent of appliances that are sold in the US are made in the US.”

One example is Whirlpool.

Facing the combination of rising labor and transportation costs, Whirlpool brought manufacturing of its hand mixers back from China to an underutilized U.S. plant. Per-hour productivity is about three times higher in the U.S. as a result of greater manufacturing automation and efficiency, according to a report about Whirlpool in the May 2012 Wall Street Journal.

“There’s a lot of talk about the death of U.S. manufacturing,” Cianci says, but don’t believe everything you hear. Cianci notes that the U.S. is still the world’s largest manufacturing economy, representing 18 percent of the world’s manufactured goods, and about 12 percent of the U.S.’s GDP, according to 2011 statistics from the National Association of Manufacturers (www.nam.org).