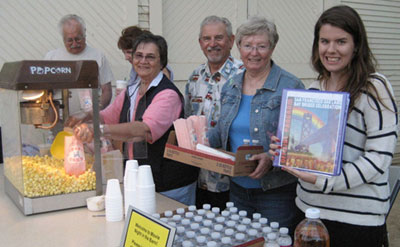 The Historic Preservation Society of Santa Clara hosted three showings of the 30-minute documentary film “Bridging the Bay,” the story of the building of the San Francisco-Oakland Bay Bridge. The first automobiles crossed the Bay Bridge in November 1936, six months before the opening of the Golden Gate Bridge and 77 years before the opening of a new east span this year on September 2.

“We planned this movie a year ago to coordinate with the dedication of the new section of the bridge,” says Leo Martinez, event coordinator for the annual local history movie night. ~ Diane Andrews