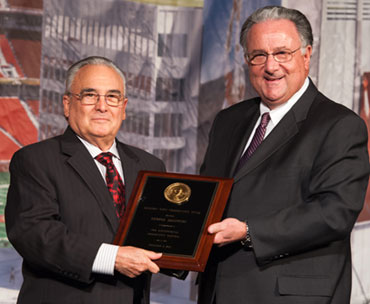 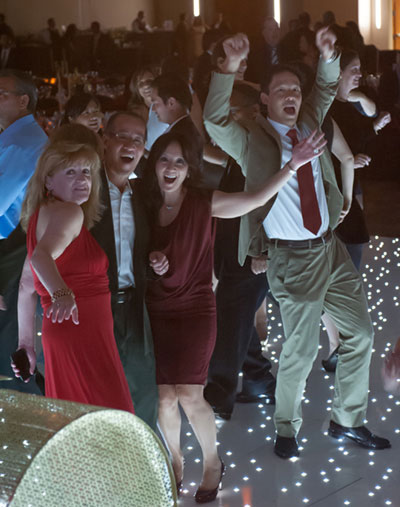 Mission City Community Fund (MCCF) held its Annual Charity Auction, Dinner and Dance on Saturday night, November 2, in the Mission City Ballroom at the Santa Clara Convention Center. The event continues to grow year by year, attesting to the popularity of the annual event or the prizes, which, this year, MCCF broke with the tradition of past years, offered a pair of 2014 San Francisco 49ers Season Tickets with a parking pass.

The 49ers and anticipation of Levi’s Stadium opening in 2014 set the theme for the evening. For the first hour of the evening, the five Vince Lombardi Super Bowl Trophies won by the 49ers were on display and Sourdough Sam was also on hand for antics and pictures.

The event is notable for many things, including two awards – the Austen Warburton Community Service Award and George Burdick Corporate Award. The Warburton Award is presented to an individual or organization that exemplifies the spirit and character of MCCF founder, Austen Warburton. This year’s recipient was George Delucchi. Delucchi has quite a notable list of reasons for deserving the award but included among them are that he is one of the founding members of the MCCF and has served on the board of directors for many Bay Area non-profits. In addition to all of his community work, Delucchi also volunteers at Martha’s Kitchen in San Jose.

The George Burdick Corporate Award is presented to a company or corporation that demonstrates outstanding community leadership and service and recognizes local businesses whose contributions have made a significant and beneficial impact on the Santa Clara community. This year’s award went to Louie Pellegrini III, owner and operator of Mission Trail Waste Systems, Peninsula Sanitary Services and Garden City Sanitation. Pellegrini’s generosity to the community is evident by the numerous groups he’s been involved with over the years and he epitomizes the spirit of the Burdick Award. 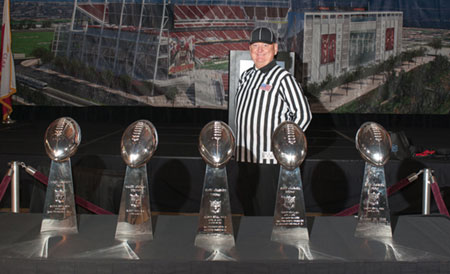 But even with all the awards, prizes, and dancing , there was one presentation that had everyone’s attention. Cathy Rainwater-Crowder, the President of the South Bay Blue Star Moms’ (SBBSM) presentation was very heartfelt and its emotional impact was evident. During her speech, every person in the room listened in rapt attention. When she was done, she received the evenings’ only standing ovation. For more information on the SBBSM, visit www.southbaybluestarmoms.org.

What makes the MCCF unique among 501(c)3 tax-exempt non-profits is that the all-volunteer organization has no overhead or operational costs, and every charitable dollar is distributed to the community. Grants are distributed twice a year based on need and available funds. Since 2000, the MCCF has contributed over $1.5 million to organizations serving the community. . For more information on the MCCF, visit www.missioncityfund.org.