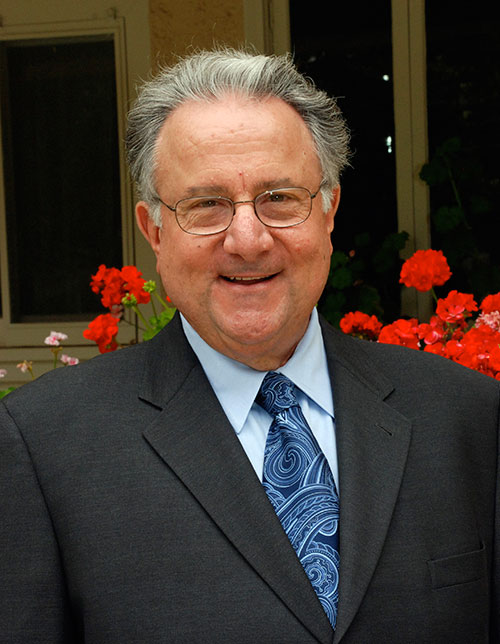 Ask anyone in Santa Clara who knew Jerry Marsalli and they’ll tell you two things about him. The first is that he knew everybody and everything about Santa Clara. The second is that he had a profound influence on their individual lives.

“He didn’t want to just be a friend who shook hands with you,” said neighbor and long-time friend Steve Ricossa. “He was genuinely interested in who you were.”

Marsalli died on May 13 after a long struggle with cancer.

A life-long Santa Clara resident, Marsalli attended St. Clare’s Elementary School, St. Francis Prep and graduated from San José State University with a degree in criminal justice studies. He went on to serve in the U.S. Army Reserves and the Santa Clara County Sheriff’s Dept. before joining the Santa Clara Police, where he served more than 30 years.

One thread connected everything Jerry Marsalli did over the course of his busy life. “He had the City of Santa Clara in his heart,” said Ray Gamma, who served with Marsalli on the Parks & Recreation Commission and is a family friend to several generations of Marsallis.

Marsalli is part of a family that’s been synonymous with community service for generations.

He was the grandson of the late “Papa Joe” Marsalli; who, after retiring from more than 30 years of 12+ hour days wholesaling and retailing produce and seafood, heard that the Santa Clara water department needed help laying new water lines and went back to work.

He was the son of former Mayor and Council Member Larry Marsalli, who with his wife Elise, launched the annual community Thanksgiving dinner at St. Clare church. Every year, four generations of Marsallis gather to serve a home-cooked Thanksgiving dinner to hundreds of people.

“I think Jerry’s father has been referred to as ‘Mr. Santa Clara,” said retired Santa Clara Police Chief Steve Lodge, “and Jerry did not fall far from that tree. He deserved that title as much as anybody.”

Set the Standard For Community Policing

“I met Jerry when he was a field training officer and I was a brand new cop,” recalls Lodge. From the first minute, Lodge said, “You could tell he was all about community.”

While many people can teach the mechanics of police work, Lodge said, it takes a special talent to teach young recruits the larger job of community service. “He took each and every call seriously,” said Lodge. “He always asked himself, what can I do to make the situation better–from routine actions to taking extraordinary steps to help.”

Marsalli worked in almost every aspect of police work, retiring as a Lieutenant. He was a “remarkable investigator,” said Lodge. As a detective, Marsalli was able to handle the most sensitive investigations, Lodge said, both through his analytical mind and the fact that “he knew every soul in town.”

Marsalli was also remarkably insightful and persuasive, said City Council Member Patrick Kolstad who was Marsalli’s partner at the SCPD.

“He brought value to every discussion, said Kolstad. “He was always asking, have you thought about this? He would conduct very successful interviews and get right to the heart of things.”

Kolstad recounts a story that illustrates how masterful a persuader Marsalli was. When the suspect in a big embezzlement case skipped the country, Marsalli called the man up and persuaded him to return to California and turn himself in–and pay for the plane ticket, to boot. “He was good at selling things,” is how Kolstad puts it. This talent also made Marsalli an effective hostage negotiator.

From Public Servant to the Public’s Servant

Like his father and grandfather, for Jerry Marsalli professional retirement just marked the beginning of another kind of full-time public service.

“He was the catalyst to get things going,” recalls Gamma of Marsalli’s eight years on the Parks & Recreation Commission.

In 2012, Marsalli won a City Council seat. And he did so without ever saying an unkind word about anyone, people note.

“He was always gracious, courteous, even-tempered,” said Council Member Patricia Mahan. “He looked at all sides of an issue. He brought to the Council a wealth of knowledge. He knew everyone and everything. He brought a depth of experience with our City.

“He could judge the challenges facing the City in terms of what went before,” she continued. “He wasn’t opposed to change. He just wanted to know how this would make Santa Clara better.”

Many said that Marsalli was a powerful force for collegiality on the Council. “He was a positive influence,” said Kolstad. “Everyone listened to him.” As in his police work, Marsalli “asked great questions. He knew that if you ask the right questions you get the right answers.”

Council Member Teresa O’Neill can testify to the power of Marsalli’s influence. “I very much appreciated it early on [in the Super Bowl negotiations] when he supported me in asking for contractual agreements to protect the City from the potential costs.” While others worried that setting conditions risked losing the NFL event, she said, “Jerry said, ‘I think Teresa’s on to something.'”

O’Neill credits Marsalli’s support as key for the Council’s negotiation of an unprecedented concession from the Super Bowl 50 Host Committee to fully reimburse the City for its public safety costs for the mega-event.

A Friend to Many

Marsalli’s influence wasn’t limited to his own efforts. He was instrumental in getting other people engaged. “Jerry was the reason for all of my involvement in the community,” said Ricossa.

“He was my mentor in community involvement,” Ricossa continued. “He recruited me into Kiwanis and the Mission City Community Fund. He even nominated me to be on a Charter Review committee. He didn’t ask me–he just told me he was nominating me.”

Marsalli’s mentorship went beyond recruitment. “He would look out for you, reach out to you. He wanted you to be successful,” said Ricossa. “He always had your best interests in mind.”

Over the past year, Marsalli faced a recurrence of cancer, as well as the death of his wife of 44 years in 2016. Nancy’s “patience, love and understanding” was fundamental to his ability to serve in so many ways, Marsalli said at his retirement from the City Council in Dec. 2016.

But neither grief nor pain kept Marsalli from doing what he saw as his duty.

“Even when Nancy was so sick, he was there to do his job,” said Burdick. “Jerry was not motivated by any self-serving reasons. When he made a decision it was because it was best for the City,” said Burdick. As his longtime partner Kolstad put it, “He stood his watch in full.”

Jerry is pre-deceased by his beloved wife Nancy and leaves his parents, Larry and Elise Marsalli; sisters Denise Bachur and Lauri Taylor; daughter and son-in-law Janelle and Jason Smith; sons Jerod and Brian Marsalli; and grandchildren Kaylee, Allison and Tyler.