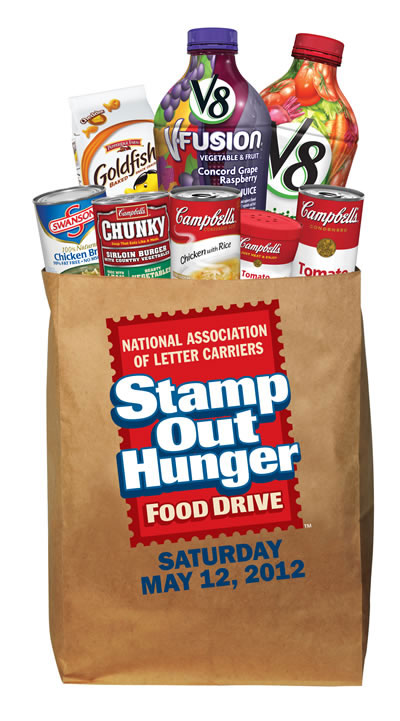 The economy’s vital signs may be improving, but many are still out of work and their last dime has long been spent. So the non-profit Stamp Out Hunger (www.helpstampouthunger.com) with the National Association of Letter Carriers has organized what they say will be the U.S.’s largest ever food drive on May 12.

The beauty of this project is that all you have to do to help is walk to your mailbox.

Before your mail is picked up May 12, leave non-perishable food items – for example: canned foods, cereal, pasta, and rice – next to your mailbox. Letter carriers will take the food back to the post office, where teams of volunteers will truck it over to the Second Harvest Food Bank.

We all know what “hungry” means in our common usage: it’s time to eat. We also know what it means when we say people are “going hungry:” they’re not getting enough food. But what is the statistic that’s being measured when the US Department of Agriculture talks about “hunger?”

First, the USDA uses a precise term for what we’re talking about in the U.S: low food security. (Which makes sense when you think about it, because there’s a difference between not having enough money for food in North America and facing famine in Africa.)

Very low food insecurity means that, at times during the year, households changed their eating patterns or ate irregularly, and ate less than an adequate amount of food because the there wasn’t enough money or resources for food.

Community
Author Carolyn SchukPosted on May 30, 2012
Lots of media people say lots of things about radio talk show host George Noory, whose late-night Coast to Coast AM (coasttocoastam.com) is currently...

Community
Author David AlexanderPosted on August 24, 2016
Story Hundreds of bees swarmed around a backyard on the 2500 block of Pioneer Avenue in San Jose, flying into and out of wooden...
SPONSORED