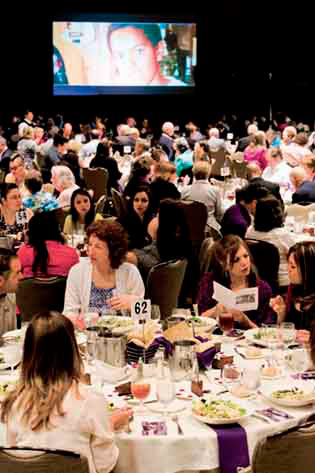 The Center was different from other programs, founding board member and counselor Bill Wilson Jr. told the Santa Clara Sun in 1976, because “We’re a preventative counseling program designed to reach young adolescents prior to their becoming involved with the law. It’s not a service that’s available anyplace else.” Then, as now, each step revealed unmet community needs.

That same year, Webster Center got the go-ahead to add a “youth runaway house,” with funding from federal grants, as well as the state and city. The need was great, noted Director Vicki Dickerson, pointing to statistics showing that in 1975 316 runaways were reported in Santa Clara alone. In 1977, the city purchased a house at the corner of Lafayette and Homestead (for $50,000!) that could shelter six young people plus staff, and leased it back to the Center for the new service.

Later that year, following Wilson’s sudden death, the new center was christened the Bill Wilson Center. But five years later, the Center was “struggling for survival in the face of post-Proposition 13 cuts,” wrote the June 30, 1982 Santa Clara Sun.

Despite Prop 13, the Bill Wilson Center survived, thanks to the generosity of local supporters while keeping the same core mission of prevention. Last month, people turned out for the Center’s annual Building Dreams fundraiser to celebrate BWC’s past successes and future ambitions.

From the start of a sanctuary that could house half a dozen runaway teens, the BWC is now looking for ways to prevent family homelessness. “Our goal is to end youth homelessness by 2020,” said Executive Director Sparky Harlan at the April event. “But how can we reunite kids with their families when the family is homeless?”

Last November, the BWC launched a pilot program that identifies families in danger of becoming homeless by working through schools. The program matches families with case managers to identify needs, provide short-term crisis support – including lobbying landlords and paying bills – and the strategic services – from job search help to rent deposits – to put families on a steady track long term.

And the cost? The City of San Jose (www.sanjoseca.gov) estimates the cost of public services for one chronically homeless person at $61,000 a year. By contrast, BWC’s homelessness prevention program costs $2,000 per family.

“Think of what we could do,” Harlan told the audience, “if we could put that program in every Silicon Valley school.”

Indeed, BWC achieves extraordinary results from its investments in prevention services. “Bill Wilson is five times more effective than anyone else nationally doing this,” BWC Board Member Ron Ricci told the audience at the April event, laying out the numbers.

“Eighty-seven (87) percent of the children going through BWC’s shelters return to their families. Eighty-seven (87) percent of the young people in transitional housing move into permanent housing. Fifty-nine (59) percent are in college, and seven out of 10 have jobs. Of 92 kids who were hospitalized for mental illness and received services from BWC, only 14 were readmitted to the hospital – one night at Valley Med costs $2,000.”

He concluded, “I don’t think there’s a more effective investment you can make.”

For information or help, visit www.billwilsoncenter.org or call (408) 243-0222. The center can be reached 24 hours a day and all calls remain confidential. You can donate online. The Center also needs foster parents.