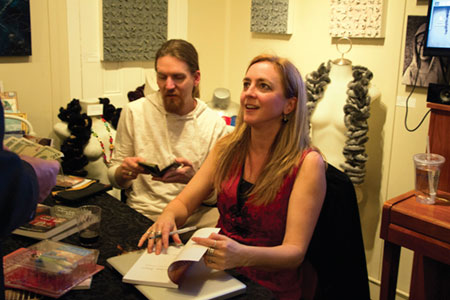 After multiple visits to Venice, Italy, Santa Clara native Kathleen Ann Gonzalez realized that gondoliers would point to various homes and claim they were the home of famed-Italian lover Giacomo Casanova. After probing them for more information and coming up empty-handed, Gonzalez began to research the locations Casanova frequented, with the result of her efforts becoming her book, “Seductive Venice: In Casanova’s Footsteps.”

Described as “a walking guide to 90 sites in Venice where Giacomo Casanova gambled, spied, loved, flattered, dined, plated and seduced,” “Seductive Venice” gives readers seven walking tours throughout the city and contains some of Casanova’s own words, which were drawn from his memoirs.

At a book talk and signing on Jan. 25 at Studio Bongiorno, Gonzalez said that before starting the book she knew Casanova was famous for complicated and elaborate affairs with women, but she learned that among a long list of personality traits, he was also a writer, adventurer, and musician.

During her research, Gonzalez uncovered a bit of mystery surrounding the ladies’ man, but because Valentine’s Day is right around the corner, she decided to capitalize on his status as one of the world’s greatest lovers by telling some of Casanova’s love stories – starting with the place and night he lost his virginity.

After admitting that it was “really, really hard to find,” Gonzalez tracked down the approximate location – somewhere on Calle de le Carrozzle – and shared the story of 16-year-old Casanova’s double duty virginity-losing night. “This started this whole new relationship between the three of them that actually lasted for about a year and a half. It was actually one of, he said, the easiest, most wonderful relationships of his whole life.” 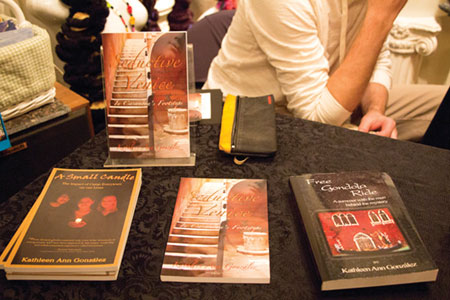 Gonzalez pointed out that although Casanova was not considered attractive based on the beauty standards of the time (large nose, abnormally tall for the men of his era, and had a dark complexion in a time when pale skin was preferred), “he apparently had this great magnetism, because he did have great success with women all his life.”

Gonzalez continued her tour of Casanova’s love shacks by telling the tales of the women he loved – often many at once – at least one child he fathered, and his decision to never marry, saying that he believed he wouldn’t be a good husband.

Still, despite the numerous memoirs and biographies written on the famed playboy, there is much contested about Casanova’s personal history and accounts of his life. “Even the scholars say, we don’t know exactly what’s true and yet, what Casanova was doing is taking fact and fiction and kind of writing the story of his life,” said Gonzalez. “So he is a storyteller, and maybe if we think of him as a storyteller first and a historian second, that might feel a little more valid and real. Some of it we know and some of it we don’t…Again, I see that as part of the fascination – the truth and the reality. Sometimes fictional stories are more true than non-fiction.”