There is so much we don’t know about Covid-19, including the ways it can be transmitted by things being passed between people.  Yet based on the images on Mayor Gillmor’s Facebook page, it seems pretty obvious she and CouncilMember O’Neill need a lesson.  They along with Eversley Forte handed out masks at Saturday’s Farmer’s Market.  Sadly, they apparently haven’t been informed of the concept of “social distancing” all for the want of photo ops.  CM O’Neill won the poor effort award when she stood less than 6′ away from a (a) resident receiving a mask; (b) child whose mask wasn’t on properly and (c) volunteer handing out masks.  In that photo, the volunteer’s hand is close enough to be touching the ungloved hand of another resident, thereby contaminating his gloves which could transmit the virus to anyone else who received a mask afterwards.  The young girl eventually got her mask on closer to properly but in that picture, she’s holding a baggie containing a mask in her bare hands.  Unless she had just cleaned her hands and hadn’t touched anything, then that bag was contaminated, which could expose anyone receiving items she’d touched. Finally, the Mayor is also pictured standing easily closer than 6′ away from a resident (although this wasn’t a photo opp).

If wearing a mask and maintaining proper social distancing is so important that we’re ordered to remain sheltered-in-place, then why aren’t these elected officials who are supposed to be aware of the standards not following them and ensuring people around them do the same. 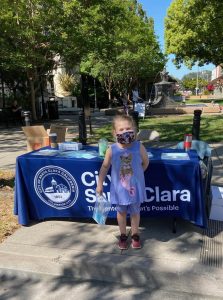 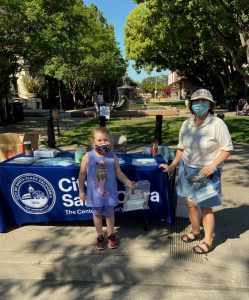 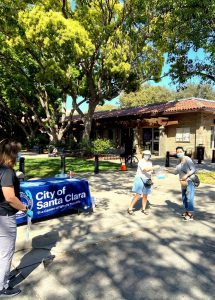 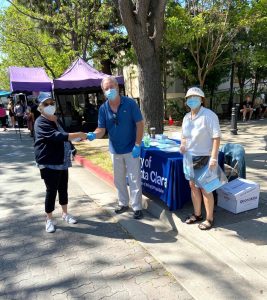 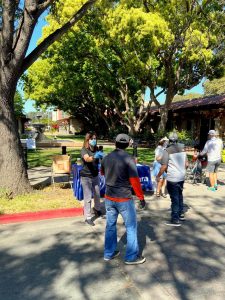 Pass/Fail? - Letter to the Editor

Business Community
Author Erika TownePosted on October 28, 2020
Santa Clara County has moved into the state’s Orange Tier in the response to COVID-19 and that means local cities are starting to open...