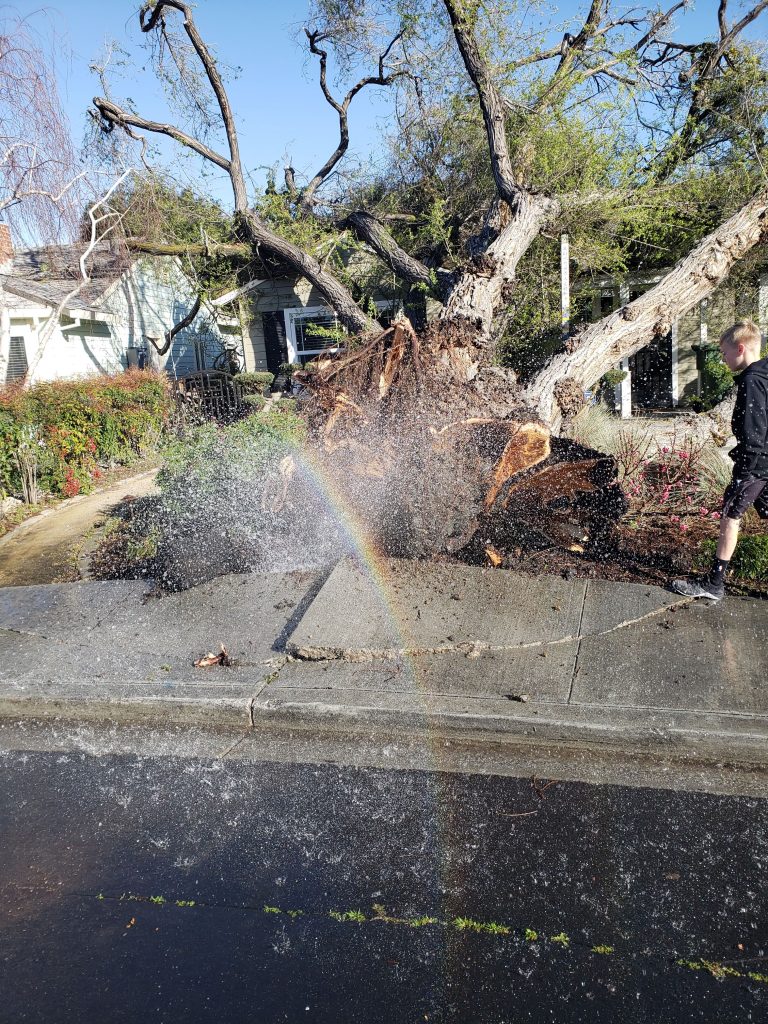 My wife and I have lived on Forbes Avenue raising our three children since 2002 here in Santa Clara. We had a very old dead City Heritage tree in our front yard and requested on 4 different occasions to have the City remove it when they came out to trim it.

The declined everytime. On March 12th the rotted root system gave way and fell on our house. The City has declined to pay for the tree saying not their fault. I am going to send a picture of the tree. I also met with Ron Janzing from the city that night, City arborist, and he saw the rotted roots and agreed that the city should be fully responsible.

Now they have passed us to George Hills who have denied any of this.

I think there is a story here and a warning for other residents.

What is to be gained - Letter to the Editor

4th of July Fireworks - Letter to the Editor

City Politics
Author Alissa SorotenPosted on April 29, 2020April 29, 2020
The Bay Area will continue to shelter in place through May 31, as the County of Santa Clara Public Health Department pushes back lifting...